Global shipments of organic light-emitting diode panels for smartphones are forecast to jump by nearly twofold in two years, data showed Monday, as more smartphone makers are moving to equip their devices with the power-saving panels.

According to the data compiled by market researcher IHS, a total of 257 million OLED panels for smartphones were shipped in 2015 and the number is expected to expand to 455 million in 2017. 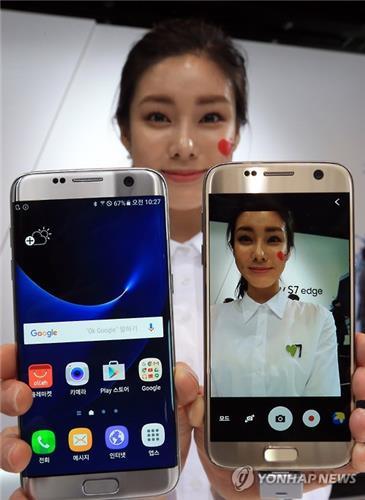 The rise in OLED shipments for smartphones was attributable to more smartphone manufacturers -- Chinese players, such as Oppo and Vivo in particular -- opting to replace liquid crystal displays with OLEDs.

OLEDs emit their own light, eliminating the need for backlights and allowing handset manufacturers to produce thinner and lighter mobile phones. The panels also consume less power than LCDs.

Also, Apple Inc., the world's No. 2 smartphone maker, is widely expected to position its 5.8-inch OLED iPhone model as a replacement for the current 5.5-inch LCD model starting in 2017.