A group of shareholders including a former lawmaker and bank union leader had filed a suit to cancel dividend payouts worth 280 billion won (US$244.97 million) made out to the US private equity fund.

In 2011, Lone Star pocketed the dividends from its 51 percent stake in Korea Exchange Bank. The amount was decided at a shareholders meeting in March that year. 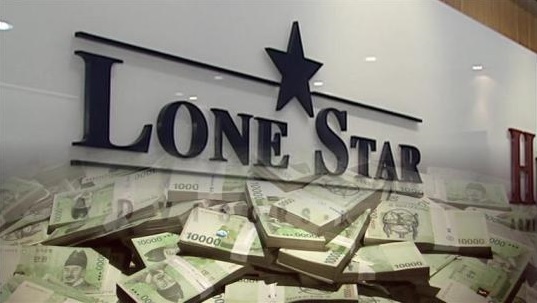 These shareholders have been maintaining to cancel the decision, and also the sale of KEB to Hana. Their argument is that Lone Star had not been eligible to acquire the bank in the first place due to related laws at the time.

But the Supreme Court here ruled that the decision cannot be overturned because the plaintiffs are no longer KEB shareholders, as KEB has been merged with Hana.

The plaintiffs had filed a separate lawsuit canceling the exchange of stocks between KEB and Hana Financial that occurred in 2013. This suit was dropped in 2015.

Lone Star, on the other hand, had sued the South Korean government for damages it claimed to have incurred because Seoul had dragged its feet in allowing the sale to Hana. The case was settled in the Netherlands in June.

Hana was able to take over KEB after Korean authorities gave their final nod to a merger in 2015, paving the way for the creation of the country’s largest lender by assets.