From DUI to lewd conduct in public to match fixing, baseball, by far the nation's most popular sport, has taken a beating this year.

The attendance figures in the Korea Baseball Organization may be gaudy -- just under 5 million through Wednesday and on pace to surpass the single-season record of 7.36 million from last season -- but if the players keep getting into trouble, even the most generous of fans may turn their backs on the sport. 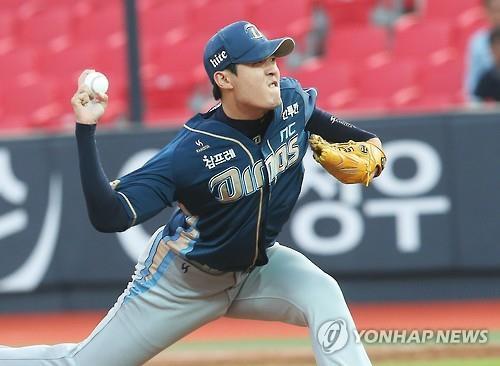 On Thursday, NC Dinos' pitcher Lee Tae-yang was indicted on charges of engaging in match-fixing schemes. Another player, Moon Woo-ram, will be further investigated by military prosecution, as he's on active duty. He's under contract with the KBO's Nexen Heroes but is doing his mandatory military service with Sangmu in the Futures League, the KBO's minor league.

The league dealt with its first match-fixing scandal four years ago when two LG Twins pitchers, Park Hyun-joon and Kim Sung-hyun, were banned for life for their roles. They also received suspended jail terms.

Once the charges against Lee and Moon are confirmed, they will likely be banned for life, too.

Their misconduct is only the latest blow to the KBO. Hours before Lee's allegations were first reported Wednesday, police said Samsung Lions pitcher An Ji-man had been questioned over charges that he'd given money to a friend to start an illegal gambling website.

This is the same player who had been under a separate police investigation over illegal overseas gambling allegations since last year.

Police on Thursday recommended an indictment against An on the overseas gambling charges, and the Lions subsequently asked the KBO to authorize the termination of his contract.

These are far from the only off-field issues that have troubled the KBO over the past year or so. Just last week, the KT Wiz's infielder Kim Sang-hyun was booked for engaging in lewd behavior in public. The club placed him on the "voluntarily retired" list. The 2009 KBO MVP is now ineligible to play for any club in the league without KT's permission.

The Wiz are last in the league standings, but first in off-field headaches.

Last fall, pitcher Chang Si-hwan and catcher Jang Sung-woo both got into trouble over their mobile messenger chats with their girlfriends. Jang was fined in court and the club suspended him for 50 games for defaming a popular cheerleader, his former teammate and other baseball officials.

In March this year, outfielder Oh Jeong-bok was booked without physical detention for drunk driving. He was stripped of his driver's license and received a 10-game ban from the Wiz.

The club's call for better behavior apparently fell on deaf ears, as Kim Sang-hyun found himself in one of the most bizarre off-field incidents in South Korean sports.

Police said Kim, 36, engaged in lewd behavior in his car on June 16 while looking at a 20-year-old woman on the street. He fled the scene before police arrived, but the woman had written down the license plate number of Kim's car and police nabbed him on July 4.

Clubs and the KBO have always sung the same tune in light of earlier incidents: that they would try to prevent the recurrence of similar cases. And with each new off-field problem, they are becoming less and less believable.

An official with a club, requesting anonymity, said the KBO teams should no longer take fan support for granted.

"If we all just shrug off these issues and assume fans will still keep coming, then we'll never get better," the official said.

"We have to take this opportunity to look at ourselves in the mirror. It's obviously difficult to manage and control all the players, but these incidents should be a wake-up call for all of us." (Yonhap)