In a conference on the monetary policies of small open economies, the country’s top monetary policymaker said that an effective mix of macroeconomic policies are needed to manage financial risks and carry out structural reform. 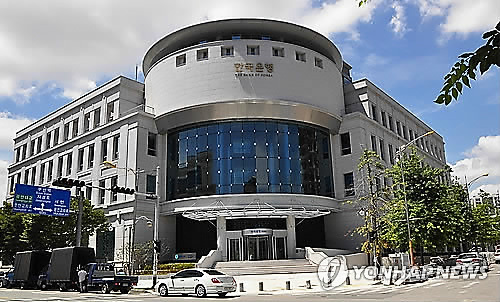 “There are limits to facing multiple economic challenges only with a monetary policy nowadays,” Lee said, stressing the need for an effective policy mix and international cooperation.

“When small open economies such as Korea maintain an excessively loose monetary policy, they will face dangers in the event of external shocks.”

Given that small open economies are more vulnerable to capital outflows and currency depreciation following unexpected shocks, BOK Gov. Lee said that it was also imperative to maintain stability through a policy mix.

His remarks come as the central bank has used all available tools to buffer the economy, indicating that it was now the government’s turn to make a move through its fiscal policy.

Despite the BOK cutting its benchmark interest rate to a record low of 1.25 percent last June and twice last year, the inflation rate remained below 1 percent with youth unemployment reaching record highs. The central bank also agreed to the government’s request to provide 10 trillion won ($8.8 billion) as a loan to recapitalize state-run policy banks for the restructuring of debt-laden shipping and shipbuilding companies.

Last week, the central bank revised down its growth forecast from 2.8 percent to 2.7 percent this year, and kept its record low interest rate steady at 1.25 percent as expected, saying that its monetary policy was already accommodative enough to support the government’s planned fiscal stimulus.

But Lee warned that Korea’s rising socioeconomic concerns, such as the low birth rate and rapidly aging population, would dampen productivity and hence growth in the future, hinting that Korea’s growth could slow further.

The Finance Ministry is expected to draw up a budget enabling the government to spend around 10 trillion won extra from its coffers without issuing bonds in the latter half of this year. Some 2 trillion won from its extra spending plan will be used to support small businesses and job creations, it said.

It will submit its supplementary budget proposal to the National Assembly by the end of this month.