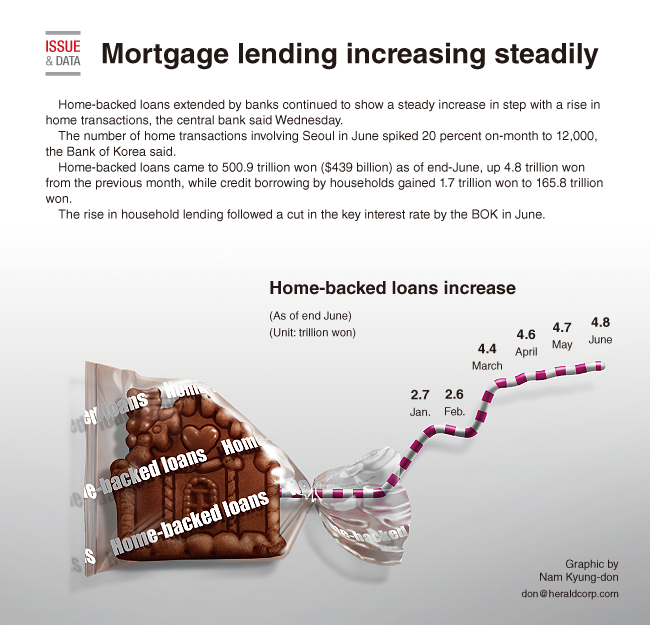 Home-backed loans extended by banks continued to show a steady increase in step with a rise in home transactions, the central bank said Wednesday.

The number of home transactions involving Seoul in June spiked 20 percent on-month to 12,000, the Bank of Korea said.

The rise in household lending followed a cut in the key interest rate by the BOK in June.