The shipbuilding industry unions’ coalition on July 13 held a press conference at the National Assembly saying that its member unions will stage an “all-out” strike to resist the ongoing restricting efforts. The coalition consists of the unions of eight shipyards. 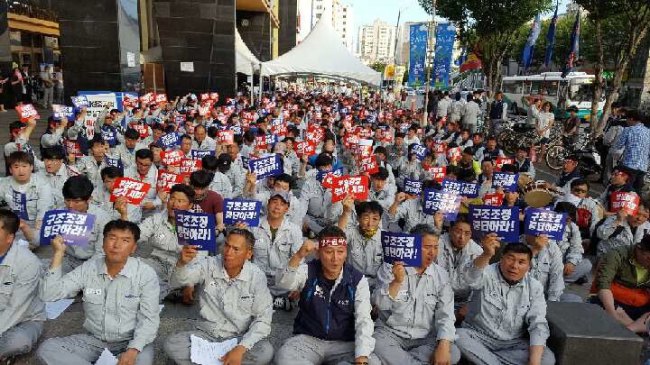 “We have patiently tried to seek a peaceful resolution, but we realized that an all-out strike is the only way to defend the shipbuilding industry and our jobs.”

Along with the shipbuilding industry union, the umbrella union for workers in industrial plant construction also announced that industrial action will be taken from July 20.

The plant construction union is a subgroup of the Korean Federation of Construction Industry Trade Unions.