[DECODED] AmorePacific: A legacy that started in grandma‘s kitchen

Attracting upper class customers with the high-quality oil, Yun soon established a cosmetics shop, Changseong Store, in 1932 and expanded to other products, such as facial cream and powder. 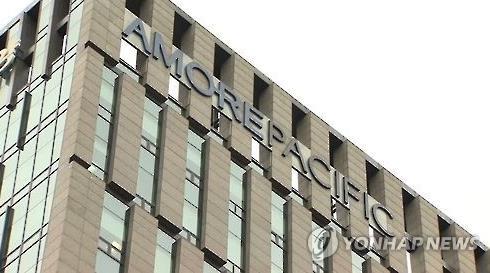 Learning from Yun’s entrepreneurship and business skills, Suh’s father Suh Sung-whan began to fully engage in the business from 1939. The store later entered in the city’s first-ever department store in 1941.

The senior Suh pioneered the cosmetics industry as he opened a cosmetics lab for the first time in Korea and sent researchers to Germany to study cosmetics. In 1964, the company made its first export to Ethiopia and released the oriental cosmetics line ABC Jinseng Cream.

He later expanded the business to finance, electronics and metals, owning a total of 25 affiliates in the early 90s.

While he had six children, he gave the business rights only to his two sons. The elder son, Suh Young-bai, took control of the finance, construction and other businesses, while the founder’s youngest son Suh Kyung-bae inherited the control of the cosmetics company. The senior Suh died in 2003.

Facing business challenges, the elder son later sold most of the inherited affiliates, leaving only Pacific Engineering & Construction and an agro-fishery wholesale business.

In the meantime, Suh Kyung-bae expanded the cosmetics business under Pacific Corporation and married Shin Yoon-kyeong in 1990, the youngest daughter of food giant Nongshim chairman Shin Choon-ho, who is the estranged brother of Lotte founder Shin Kyuk-ho.

Sun changed the English corporate name to AmorePacific in 2002 and launched the holding company system under the name of Amorepacific Group.

The couple had two daughters -- Suh Min-jung and Suh Ho-jung. The elder daughter, Min-jung, is said to be the heiress-apparent as she has inherited Suh’s shares of the Innisfree and Etude House. As Nongshim chairman’s granddaughter, she also owns 0.26 percent of Nongshim Holdings shares.

The daughter graduated from Cornell University with bachelor’s and master’s degrees in business last year and worked at consulting firm Bain & Company in Seoul as an intern.

Earlier this year, Suh’s family was under fire over suspicion of establishing paper companies overseas to allegedly conceal their assets.

According to local outlet Newstapa, two paper companies existed in the Virgin Islands under the name of Suh’s sister Suh Mi-sook and his older brother. Suspicion grew that the two siblings had attempted to secretly manage a slush fund and make illegal asset inheritance transfers.

Meanwhile, the AmorePacific CEO is known to have heavily depended on his personal connections and networks for his business.

Having graduated Yonsei University with a major in business, Suh Kyung-bae recently appointed Yonsei business professor Eom Young-ho as the nonexecutive director of the company’s board. Eom is also a Yonsei alumnus.

He also appointed two “Amore men” who previously worked at AmorePacific for years as an audit commission member and nonexecutive director, respectively.

Some raised concerns over such appointments, as the duties of the audit commission members and nonexecutive directors require neutrality and independence from the company.