Number of South Korean ultrarich on the rise

According to the Korea Wealth Report 2016, released by KB Financial Group on July 6, these billionaires, while taking up 0.41 percent of Korea’s population, control 15.3 percent of the country’s total household wealth. Their combined holdings of personal fortunes totaled 476 trillion won in 2015, an increase of 17.3 percent from the previous year. 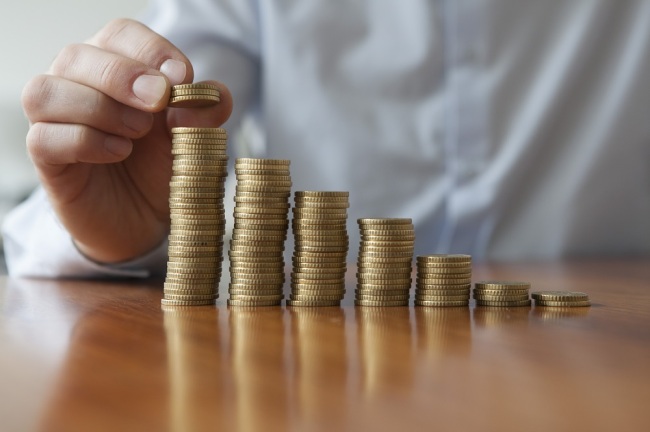 “Rich people getting richer is a global trend,” An Yong-shin of KB Financial Group who lead the research, told The Korea Herald.

“The latest report has also found a remarkable growth in the number of the ultra-rich in Korea.” 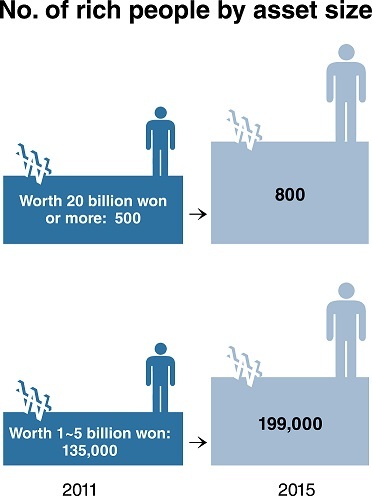 During the same period, the rich group as a whole -- those with net assets worth over 1 billion won -- posted an average annual growth of 10 percent, he noted.

A key characteristic of this demographic has been the high concentration of wealth in property assets, but this is changing, An explained. 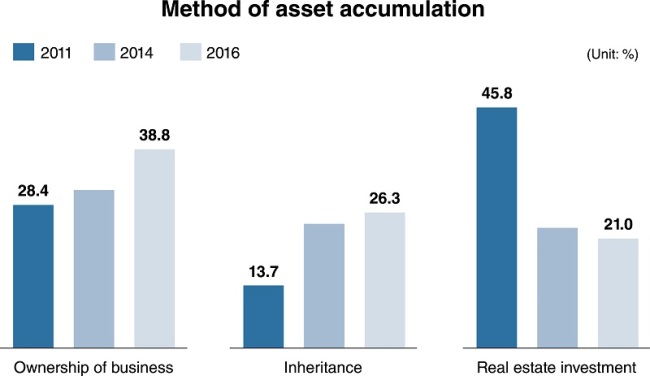 Property assets now account for 51.6 percent of their wealth, falling steadily from 59.5 percent in 2012. Financial assets’ portion has grown from 35.6 percent to 43.6 percent over the three-year period.

As for the current main method of wealth accumulation, 38.8 percent of billionaires cited ownership of a business, compared to just 28.4 percent in 2011.

Real estate investment dropped sharply from 45.8 percent to 21 percent over the four-year period, while inheritance grew from 13.7 percent to 26.3 percent. 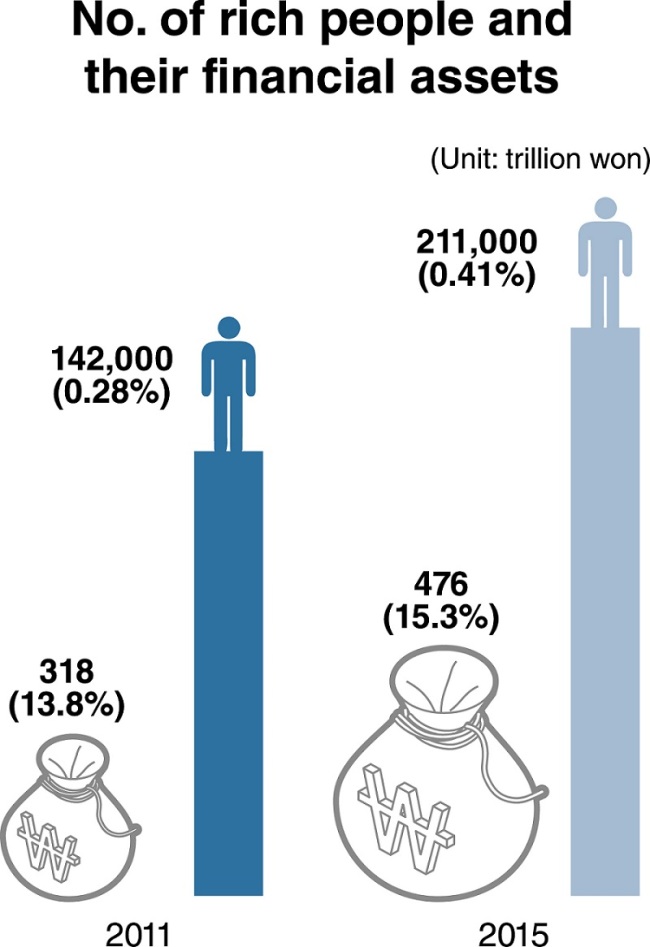 Seoul is still home to nearly half of Korea’s wealthy population, but its share is on a steady decline, falling from 47.9 percent in 2011 to 47.7 percent in 2015, the report showed.

More than a third of Seoul’s billionaires live in three districts south of the Hangang River, known as the Gangnam area, but Gangnam’s time-honored hold is also weakening with 36.7 percent calling it home, down from 37.8 percent in 2011. 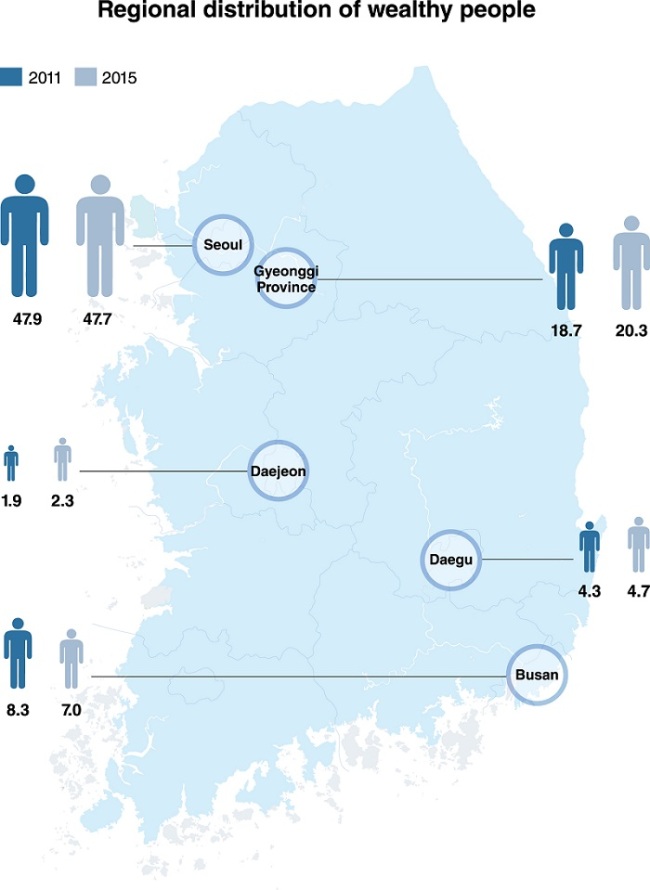 The annual report also shows that while a majority of the Korean rich may still be categorized as conservative investors, preferring low-risk low-return investments, a risk-neutral group is rapidly emerging.