"Purchases on mobile devices jumped last month due to convenience, competitive prices and a bigger range of products. And the trend is set to strengthen over time," an official from Statistics Korea said, citing a data report the agency compiled. 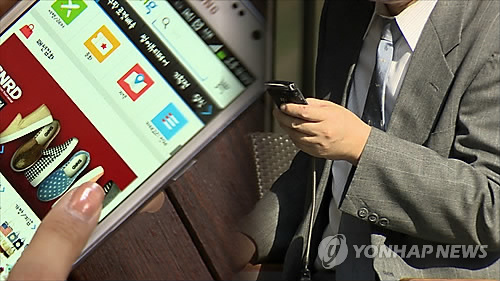 Mobile shopping accounted for 52.1 percent of the country's overall online shopping sales worth 5.178 trillion won last month, up 22.3 percent from 4.233 trillion won a year ago, the agency said in the report.

Cosmetics and food products were the most popular items on online shopping malls last month, it said.

The number of high-speed internet subscribers surpassed 20 million last year, with 43.7 million people using smartphones in a country with a population of 50 million.

In 2015, mobile shopping totaled 24.5 trillion won, more than tripling from 6.6 trillion won in 2013 when the agency started to collect such data. (Yonhap)