“Internally, we view that threats from the faltering European economies are larger than opportunities presented from the stronger yen sparked by Brexit,” a source at the company told The Korea Herald. 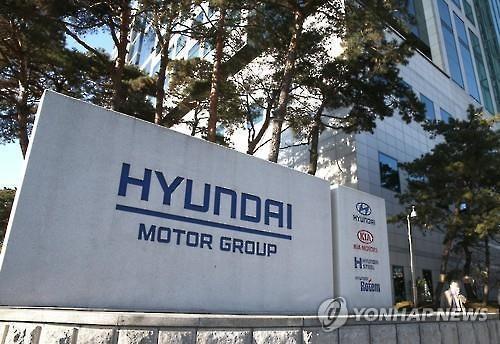 “This is because we have seen the European market as stable and having more growth potential amid declining sales in emerging nations,” he added.

After the results of the U.K. referendum to leave the EU, the stock prices of Hyundai Motor, Kia Motor and their parts maker Hyundai Mobis all went up on the expectation that the rising yen would give the company an edge over its Japanese rivals.

However, some market analysts said the faltering European market would have a larger impact on the company than the advantage it could gain from the strong yen because Britain’s exit signals that other countries may follow suit.

“If there are signs that other countries also leave, that would prolong the weak euro and directly affect Hyundai competing with German automakers in the European markets,” said a senior analyst, who declined to be named.

If the automaker lost share in the markets -- which have been stable and growing – it would strike another blow to the automaker amid declining sales in its key emerging markets -- China, Russia and Brazil due to an economic slowdown, growing local companies and weak currencies.

Hyundai’s performance in the continent has fared well so far. Last year, the automaker’s sales grew around 10 percent in the European market from the previous year, accounting for more than 10 percent of the automaker’s total sales. From January to May this year, regional sales rose 12 percent on-year.

Apart from the combined European market, Hyundai is also expected to lose its shares in the U.K. Korean automakers would be subject to tariffs in the U.K. when it leaves the EU because they have no manufacturing presence in the nation, which may lower their cost competitiveness.

“When the U.K. leaves the E.U., Korean automakers may be subject to tariffs of up to 10 percent,” said Choi Won-kyung, an analyst from Kiwoom Securities.

Last year, Hyundai and Kia sold around 170,000 units in the U.K., which accounts for around 2 percent of the company’s total global sales. If they are subject to tariffs, the additional cost is expected to be around 60 billion won ($51 million) per year.