By Kim Da-sol
Published : Jun 28, 2016 - 16:42       Updated : Jun 28, 2016 - 17:24
The South Korean government said Tuesday that it will propose a revision bill to the current pharmaceutical law, in order to enhance the availability of medicine and first-aid medical supplies to citizens.

The Ministry of Health and Welfare said they are preparing to propose the revision by Aug. 28. If the bill passes, pharmacists will be allowed to install medicine vending machines in front of their pharmacies.

The Pharmaceutical Affairs Act states in Article 50 that an owner or a seller who runs a pharmacy should not provide medicine, including over-the-counter drugs, outside the designated pharmacy or store. 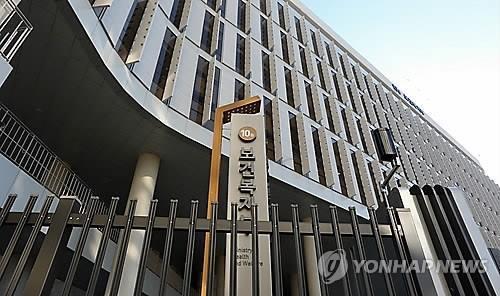 According to the ministry, installation of medicine vending machines would help citizens purchase general drugs anytime, even at midnight and during public holidays.

General medicine such as digestive pills and nutritional supplements will be available to purchasers through medication counseling from a pharmacist, via voice call on a monitor attached to the vending machine.

Vending machine permits will be given to volunteering pharmacies whose owners will be required to respond to incoming inquiries from customers even during afterhours and during holidays, the ministry explained.

The ministry said the revised bill will include strict regulations such as requiring pharmacists to check the expiry dates of drugs on a regular basis and to store recordings of voice calls with purchasers for six months.

The measure, however, is vehemently opposed by the industry and the opposition parties.

The Korean Pharmaceutical Association said in a statement that “medicine is different from gums or soft drinks,” and a face-to-face medical checkup to provide medicine is needed to prevent possible drug abuse or misuse.

The Korean Federation of Medical Activist Groups for Health Rights also argued that installation of medicine vending machines may have unwanted consequences due to insufficient information on the exact dosage and purpose of the medicine.

The main opposition The Minjoo Party also viewed the plan as “dangerous” with a high risk of the machines malfunctioning or the medicines spoiling. It added that the idea is contrary to the current law, which mentions the principal of face-to-face sales for all medicines.