Hyundai Motor plans to sell Ioniq Hybrid in the US and European markets in the second half of this year.

Hyundai’s latest green car boasts a fuel efficiency of 22.4 km per liter, which is likely to compete with Toyota Prius, the market leader of hybrid vehicles.

Ioniq Electric, the automaker’s first electric vehicle in the lineup of its eco-friendly car brand Ioniq, touts an official driving range certification of 191 kilometers on a single charge, the longest mileage for an EV here. 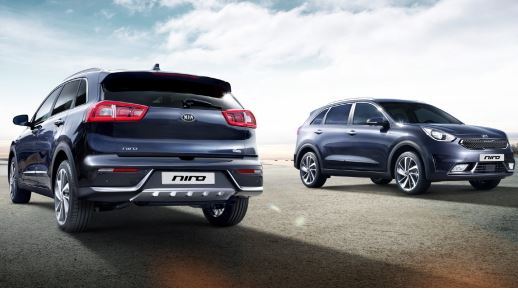 Hyundai also began producing the hybrid model of its Sonata midsize car at its factory in Beijing in May, targeting Chinese consumers who are becoming interested in green cars.

Kia Motors, which is owned by Hyundai Motors, is also targeting the green car market with its hybrid compact sport utility vehicle Niro.

Niro, which began exports in Europe, has sold 2,309 units abroad as of May. The carmaker plans to expand the exports of Niro to the Middle East within this year and Latin America by early next year.

Niro boasts fuel efficiency of 19.5 km per liter, one of the best among SUVs here. 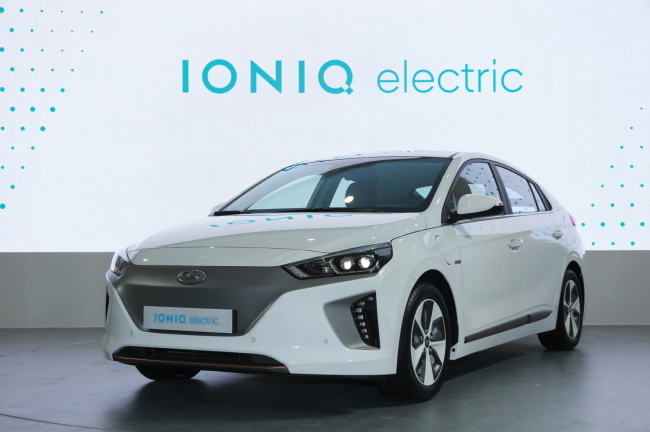 The company’s K5 Hybrid and K5 plug-in hybrid model will also expand into global market by end of this year, Kia said.

“We will develop 28 new green cars by 2020 and become No.2 in global green car market,” said Kwon Moon-sik, Hyundai Motor Group’s vice chairman at the Busan Motor Show in June.