Brexit to have limited impact on Korean economy: experts

By 김지현
Published : Jun 24, 2016 - 17:03       Updated : Jun 24, 2016 - 17:05
[THE INVESTOR] Like elsewhere in the world, Seoul’s financial markets took a heavy beating from Britain’s decision to leave the European Union on Friday, as panicky investors dumped emerging-market assets in a global flight to safety.

KOSPI stocks fell 3 percent, while the local currency shed nearly 2.5 percent against the dollar. Government officials swiftly went into an emergency mode, saying they will use “all means possible” to help stabilize the markets.

Despite the panic on the financial markets, some private economists and government officials said the impact on the real economy will not be as severe as it seems. From a trading perspective, Korea’s exposure to the UK is not that big, they said. 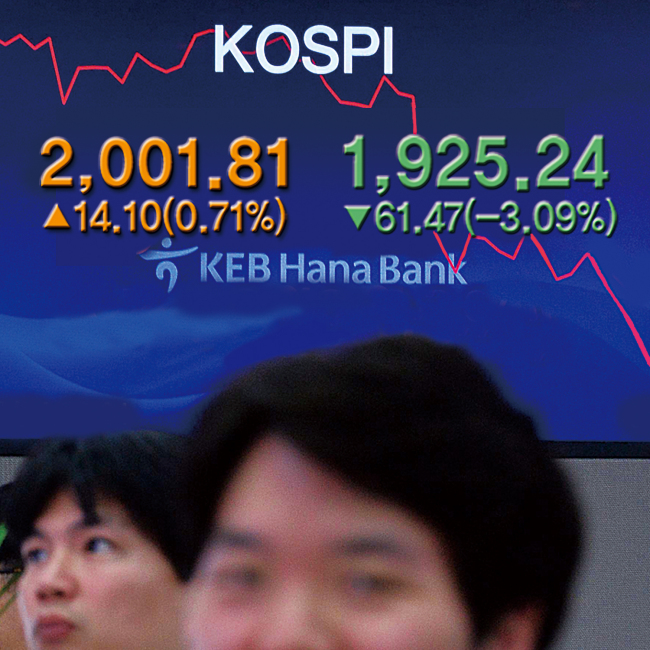 “People panicked because it was so unexpected,” said Choi Kwang-hyeok, an analyst at eBest Investment and Securities in Seoul.

“It seems we’re entering a new season of uncertainty and volatility.”

Britons chose a withdrawal from the EU in a referendum, an outcome that was feared by global investors for its potential shock on the fragile world economy and financial markets.

Although it will take two years for the country to negotiate with the EU the terms of its departure, the shock was felt immediately on markets across the globe, including Korea.

The pound tanked, while the dollar and the Japanese yen gained ground. Currencies and stocks in the emerging world took a battering as global woes sapped the investor appetite for riskier assets.

“Given the UK’s presence in global financial markets, it is unlikely that the local foreign exchange market will stabilize easily or any time soon,” said Jeon Seung-ji, a fixed-income analyst at Samsung Futures.

Government officials, holding a series of emergency meetings Friday, sought to soothe concerns, saying Korea’s exposure to the UK is not big.

Vice Finance Minister Choi Sang-mok said in one such meeting that the government will use “all means possible” to minimize the impact of Brexit on the Korean economy. He also said that Korea’s large foreign reserves and trade surplus should help it weather the negative effects.

Korea’s exports to the UK were worth $7.3 billion in 2015, accounting just 1.4 percent of all shipments. UK investment in Korea totaled $260 million, 1.2 percent of the total received by Korea.

On the securities market, however, the UK is the second-largest foreign investor after the U.S., holding 36.4 billion won ($30 million) worth of local stocks. British money accounts for nearly 10 percent of all foreign capital in the markets.

Jeong Gyu-cheol, an economist at Korea Development Bank, said Brexit is unlikely to become a major downside risk to the Korean economy.

“The impact will be short-lived. It is unlikely to have a meaningful impact on Korea’s projected growth,” he said.