On June 2, the Gyeonggi government submitted a proposal to the Korea Customs Service asking for changes to the current regulations concerning duty-free licenses in the area. 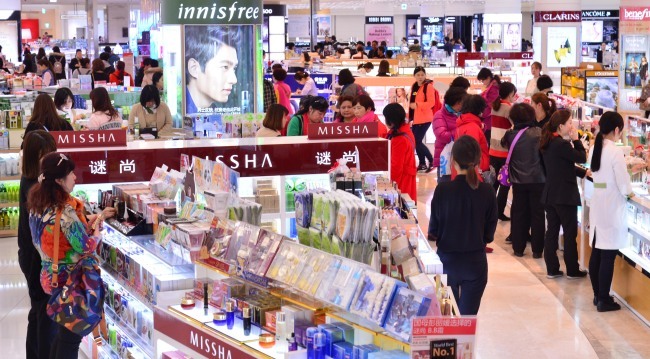 Under current KCS regulations, each provincial government is permitted to grant one new duty free license for every 300,000 on-year increases in foreign visitors.

Under Gyeonggi Province‘s proposal, new licenses would be granted for every 500,000 annual foreign visitors that came to a district on average over the past three years. The rationale is that it is very difficult for a particular region to see a spike of 300,000 visitors over one year.

In the case of Gyeonggi Province, which saw an annual average of 1.93 million foreign visitors over the past three years, the proposed changes would mean four new licenses.

In addition, Gyeonggi proposed that duty-free shopping outlets be set up in large-scale convention and exhibition facilities such as KINTEX, an expo hall in Goyang, because these facilities constantly draw in high numbers of foreign visitors.

Although Gyeonggi Province is the third-most visited district by foreign visitors to Korea following Seoul and Jeju, it is comparatively lacking in shopping destinations. There is currently only one duty-free outlet in Gyeonggi Province, in Suwon‘s Ibis Ambassador Hotel; Seoul is set to have thirteen by the end of this year.