A total of 53.9 trillion won ($46.1 billion) worth of purchases were made online last year, compared with 3.3 trillion won tallied in 2001, with an average 22 percent on-year growth every year, according to the data
compiled by Statistics Korea. 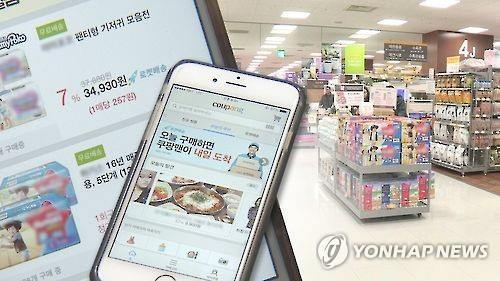 The number of high-speed Internet subscribers surpassed 20 million last year, with 43.7 million people using smartphones in a country with a population of 50 million.

Tour packages and reservation services were the most popular item on online shopping malls, with 10 trillion won in sales in 2015, followed by clothing with 8.5 trillion won and daily goods with 6.7 trillion won, according to the data. (Yonhap)