By 임정요
Published : Jun 8, 2016 - 17:41       Updated : Jun 8, 2016 - 17:46
The South Korean economy faces headwinds both at home and abroad due mainly to rapid aging and faltering exports, with its growth potential slowing down at the same time, the International Monetary Fund said Wednesday.

"With income levels still short of the OECD frontier, (South Korea's) potential growth has slowed," the IMF mission, which had an annual consultation with the South Korean government, said a press release. 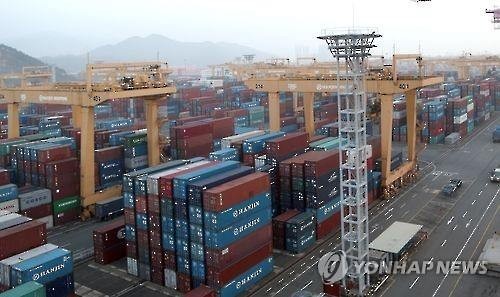 "At the same time, Korea is facing major structural headwinds including: rapid population aging; the economy's heavy reliance on exports even as global trade slows; corporate vulnerabilities; labor market distortions; and lagging productivity, particularly in the service sector and among small and medium enterprises."

The organization holds bilateral discussions with member countries every year to review their overall economic developments and fiscal policies.

The IMF delegation led by Kalpana Kochhar, a deputy director in the Asia and Pacific Department of the IMF, has been in South Korea since May 26 for meetings with government officials from the finance ministry, the Bank of Korea and the Financial Services Commission.

Rapid aging and a decreasing working-age population are regarded as the biggest factors that will drag down the country's growth potential.

According to separate data, South Korea is on the threshold of becoming an aged society, with those aged over 65 accounting for 13.1 percent of the 50 million population.

The fertility rate stood at 1.24 in 2014, well below the level of 1.8 percent needed to sustain the current population South Korea's exports, the key economic driver that accounts for nearly 40 percent of the gross domestic product, fell every single month since January last year.

The IMF mission said it is necessary for Asia's fourth-largest economy to complete sweeping reform in the business and labor sectors to raise lagging productivity and growth potential in the end.

"Given Korea's low public debt, there is space to use fiscal policy in a complementary fashion, both to cushion the impact of structural reforms and to incentivize such reforms," it said.

"It would reduce poverty and would also promote stronger consumption-led growth, both by raising the disposable income available to the elderly and other vulnerable groups and by reducing the incentives of younger households to hold precautionary savings."

The government said it will create a 12 trillion won ($10.38 billion) recapitalization fund to finance two policy lenders in a way to support corporate restructuring of the troubling shipping and shipbuilding industries.

The IMF anticipated that South Korea will achieve a 2.7-percent expansion in 2016 but called for a further fiscal intervention to tide over strong downside risks like external uncertainties and sluggish domestic consumption.

"Risks, however, are to the downside, as the external environment is weak and uncertain, and a premature withdrawal of fiscal support could undermine the expected rebound in private consumption," said the IMF mission.

"Against this background, macroeconomic policies should be supportive. Speedy implementation of additional fiscal stimulus should be a priority and should be complemented by monetary easing."

The South Korean government, however, has said that it has no plan to draw up an extra budget for this year to reach its growth target of 3.1 percent.

But it is expected to lower the target growth and announce a stronger stimulus package to boost the economy later this month. (Yonhap)