Financially shaky STX Offshore & Shipbuilding Co. Friday filed for a court-led restructuring scheme as it struggled with a protracted slump and mounting losses, officials at the shipbuilder and the Seoul Central District Court said.

The court will soon decide whether to put the ailing shipbuilder under its receivership or on path to liquidation, the officials said. 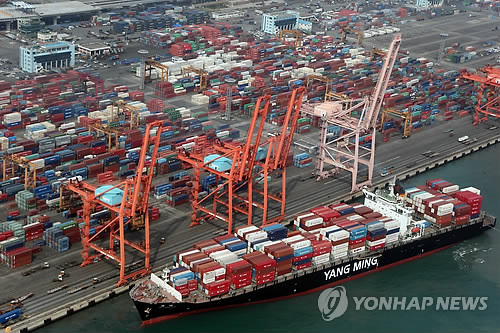 STX Shipbuilding, once the country's No. 4 shipbuilder, has been under the control of its creditors since April 2013 amid a protracted slump in the shipbuilding sector.

Despite over 4 trillion won (US$3.36 billion) in financial aid from its creditors, the shipbuilder logged an operating loss of 314 billion won last year following a loss of 1.5 trillion won the previous year.

With no end in sight for the failing business, creditors led by state-run Korea Development Bank last week decided to put it under court-led restructuring.

"If the court receivership application is delayed, it could cause problems related to issues such as maturing debts. So we decided to proceed with the process as soon as possible," a bank official with knowledge of the matter said.

It is one of the local shipyards that have been suffering massive losses due to delays in the construction of offshore facilities and an industrywide slump.