Plant-based cuisine and conscientiousness gains popularity and understanding in Korea

Globally, plant-based foods have become integrated in the food industry as much as any other movement of the last 50 years. As their popularity grows and as the vegan diet continues to spread and evolve, Koreans have slowly embraced what may seem a bit esoteric to its meat driven populous.

Korean cuisine does have an abundance of vegetable and soy-based dishes but it’s hard to find one completely “vegan” without the addition of some kind of animal by-product.

What the festival promoted was a global approach to veganism by sharing alternative products such as soy cheeses and “meats,” and ethnic dishes such as falafels and grain burgers. Local dessert and bakery companies made up almost half the booths displaying an array of gorgeous dairy-free breads, raw and vegan desserts as well as gluten-free pastries.
The highlight and an obvious crowd pleaser at the festival was Kong’s Burger with a line wrapped around its booth -- customers waiting for the Busan-based specialty being offered at this inaugural event in Seoul.

The less appealing items had to be the deep-fried soy meat “chicken” and beer, a play on the local favorite bar food, as well as a very real looking vegan fried egg from Thailand paired with a soy meat hotdog on a stick. A point that many should understand is that just because one is eating a vegan or plant-based meal does not mean it is necessarily healthful or low-fat. A raw food macaron could carry just as much calorically as a dairy-based macaron, and a soy-meat alternative could be high in sodium or preservatives. It may be easy to gravitate toward foods that are familiar, but wise food choices must still be made with a plant-based diet.
Aside from the colorful and creative foods being offered what usually goes hand in hand with the vegan movement is a conscientiousness that by not eating animals and their by-products one is contributing to larger global issues such as the environment, sustainable energy, and waste.

The festival requested that the visitors bring their own plates and utensils, and there were plenty of environmentalists eager to mingle with local eco-friendly artisans peddling their crafts. 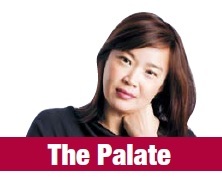