The project is part of Sri Lanka’s plan to develop nine new towns in Colombo and its adjacent areas by 2030. 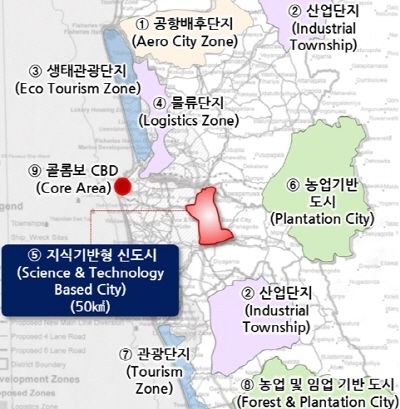 The Land Ministry said Minister Kang Ho-in and Sri Lanka’s Megapolis Minister Champika Ranawaka inked a memorandum of understanding in Seoul on Tuesday for the partnership of the new city project.

“We plan to map out a master plan for the city project in 2017 and select some Korean companies to be involved in the project the following year,” Kim Bo-min, a ministry official, told The Korea Herald by phone.

The latest partnership began as Korea has maintained a close relationship with Sri Lanka by providing city consulting services for half a year through its global city development support center, the ministry’s official said.