KT 'likely' to partner with Tesla for telematics system: sources

By Shin Ji-hye
Published : May 12, 2016 - 16:53       Updated : May 12, 2016 - 18:53
KT, the nation’s second-largest mobile carrier, is likely to be chosen as electric vehicle maker Tesla’s partner for telematics technology solutions, according to industry sources familiar with the matter.

“KT is highly likely to partner with Tesla to work in this field,” a source told The Korea Herald on Wednesday. 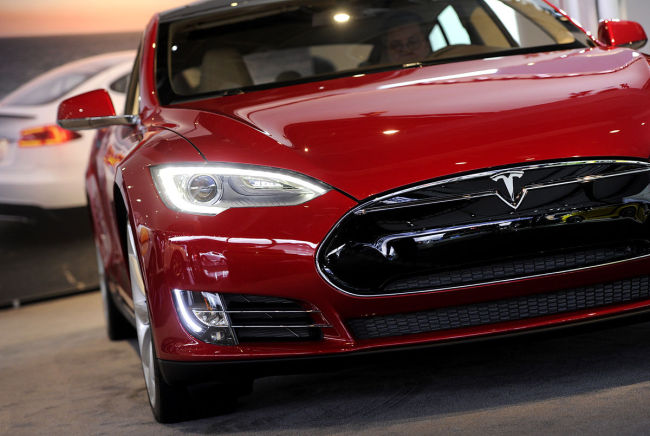 Tesla reportedly plans to roll out its flagship models Model X and Model S in Korea early next year ahead of its release of less expensive Model 3 probably in 2018.

Telematics technology -- the combination of computers and wireless technology for vehicles -- has been adopted by all of the U.S. EV makers.

KT is seeking to develop navigation solutions customized for Tesla, whose navigation system is based on Google Maps, which is not compatible here.

KT is currently working with the nation’s largest automaker Hyundai Motor for its telematics service Bluelink while SK Telecom is also partnering with Kia Motors for a similar service.

KT recently announced its plan to build 100,000 movable charging apparatus for electric vehicles -- which can be simply charged through outlets -- by 2018. Apart from the charging apparatus, the mobile carrier is considering transforming its idle public phone booths nationwide into EV charging stations.

A KT spokesperson said, “It is true that we are in talks with Tesla,” without elaborating further details.

Tesla will foray into the local auto market earlier-than-expected, according to industry watchers.

In March, Tesla included South Korea for the reservation of its Model 3 to be released at the end of 2017. The firm established Tesla Korea in November, headed by Todd Andrew Maron and Susan Jean Repo who worked at the U.S. headquarters.