Ministry, BOK divided on how to recapitalize banks

The Finance Ministry and the Bank of Korea agree on the need for “a policy mix” to boost the capital bases of two state-run lenders Korea Development Bank and Export-Import Bank of Korea. But they still appear divided on what that mix should comprise. 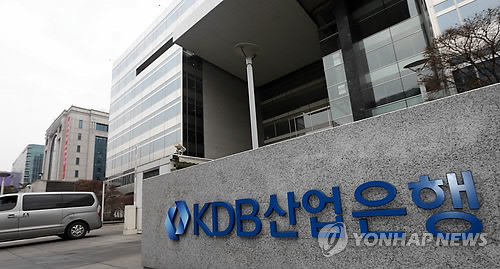 Bank of Korea Gov. Lee Ju-yeol made this clear when he said Thursday that loans are a more appropriate method than direct injections of BOK money into the banks.

“If (the central bank’s) power to print money can be mobilized, there should be reasonable reasons and the central bank’s monetary loss should be minimized. That’s our basic principle,” Lee told reporters in Frankfurt, Germany, where he attended a meeting of finance ministers and central bankers.

“From the perspective of loss minimization, loans are better than capital injections,” he said. Lee instead suggested setting up a bank recapitalization fund, like one set up in 2009 to help upgrade banks’ soundness and abilities to support the real economy.

The top banker’s remark was rebuffed by the Finance Ministry back in Seoul, with Yonhap quoting an unidentified official as saying, “I don’t understand why the BOK worries about a loss. Those banks are owned by the government.”

Observers say the Finance Ministry, reluctant to seek an extra budget, which would require a parliamentary approval, prefers the swift and direct involvement of the BOK. If possible, it wants to bypass the parliament in this process, they point out, as the ruling Saenuri Party no longer has a parliamentary majority and winning support of opposition parties is certain to be a tall order.

Nevertheless, the BOK governor’s suggestion of the bank recapitalization fund will join several options already on the table for consideration when an ad hoc team comprising officials from the ministry, BOK and other related authorities meets Monday.

The task force, which launched last week, is expected to begin discussion in earnest on how to recapitalize the banks, aiming for a conclusion in June.

Among the options to be studied is “cocos,” suggested by Financial Services Commission chairman Yim Jong-yong.

Short for contingent convertibles, cocos are a hybrid type of bonds issued by banks to improve their financial health. When the issuing bank gets into financial trouble, they can be converted into equity.

Under existing law, the BOK can’t inject capital into KDB or buy bonds issued by the KDB.

However, experts say the BOK can purchase cocos issued by KDB from the market, as long as its monetary policymakers decide to include them in the scope of the bank’s open-market operations. In 2014, the central bank added mortgage-based securities issued by the state-run Korea Housing Finance Corp. to the list of securities that can be purchased.