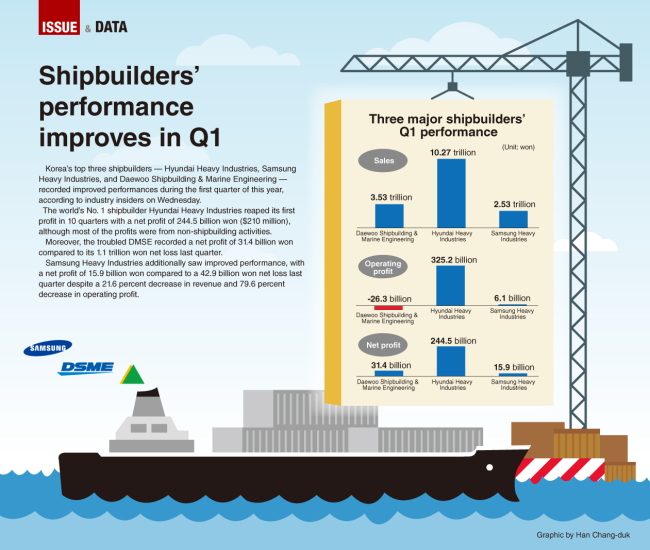 The world’s No. 1 shipbuilder Hyundai Heavy Industries reaped its first profit in 10 quarters with a net profit of 244.5 billion won ($210 million), although most of the profits were from non-shipbuilding activities.