In its regional report assessing Korea’s household debt and housing market, the IMF noted that Korea’s high household debt does not pose a downside risk to the Korean economy, with financial authorities tightening their monitoring of nonbank loans and management of debtors’ repayment capabilities. 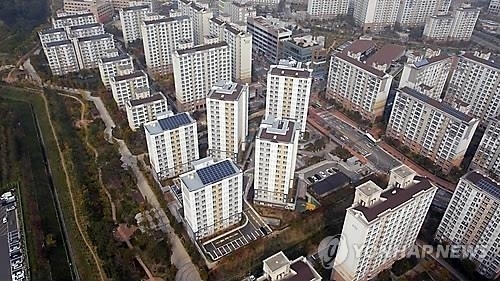 “The high level of household debt does not seem to be a systemic threat to (Korea’s) macroeconomic or financial stability,” said the IMF.

Household debt increased by more than 8 percent last year, while mortgages grew over 9 percent in the same period, IMF reported, adding, “The increase in household debt in 2015 was largely driven by increased activity in the housing market and rising house prices.”

However, with a majority of Koreans taking out short-term mortgages and accumulating equities in other financial assets on high personal savings, the debt is manageable.

Also, Korean banks have been increasing their buffers against rising debt and housing prices.

Regulators have taken various measures against household debt growth such as increasing monitoring of indices such as loan qualification ratios of loan-to-value and debt-to-income. Korea has also introduced programs enabling consumers to take out long-term amortizing loans with fixed interest rates and pay down debt as a means to stabilize the market.

“Regulators have tightened the macroprudential policies to address signs of a buildup of systemic risks in the housing sector,” it said.

A number of factors have contributed to rising household debt over the years. Loans to launch small businesses by the baby-boom generation after retirement led the debt to increase, along with increasing prices of jeonse rentals -- Korea’s unique housing financing system allowing tenants to pay a lump-sum deposit receivable after housing contract expires.