Korea's exports of used cars spike over 20% in Q1

According to the data provided by trade and automotive associations here, Korea exported 59,142 used cars during the January-March period, up 23.4 percent from the same period a year earlier. 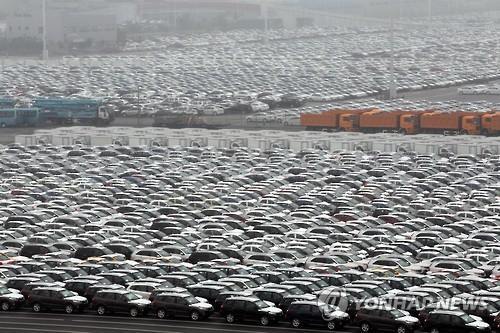 Of the total, 42,352 units were passenger vehicles, while the remainder was trucks and other commercial cars.

The latest sales data marked the first on-year growth in four years, apparently boosted by the decline in the value of the won against the U.S. dollar that helped drive down their prices in overseas markets.

The yen's relatively strong trend during the cited period was also cited as helping as it hurt the price advantage of used cars exported by Japan, a main rival in the global used car market.

This comes in contrast with the lackluster new car exports by Korea's automakers facing the slowing global economy. Their new car exports shrank 10.8 percent on-year during the first quarter to 654,494 units. (Yonhap)