Samsung Group's affiliates saw their dependency on the group's mainstay electronics unit fall in terms of sales in 2015 from a year earlier, industry data showed Wednesday, as they struggled to stand on their own two feet. 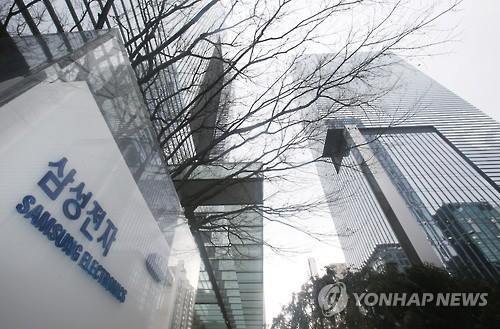 It marked the first time for the figure to hover below 60 percent since 2012, when the display unit was spun off from Samsung Electronics.

Samsung SDI, a battery unit of the group, also saw its dependency on Samsung Electronics reach around 30 to 40 percent last year. While the previous figures have not been released, industry watchers said the company expanded sales to non-Samsung partners.

The latest efforts came as the heavy reliance drove the affiliates' earnings to fluctuate depending on the performance of Samsung Electronics, casting a cloud over their independent operations.

Samsung Electro-Mechanics, however, saw its dependency on the electronics arm reach 61.8 percent last year, rising from 57.1 percent posted in 2014.

An official from Samsung Electro-Mechanics said the increase came as the company restructured its business portfolio to drop non-profitable businesses, and instead focus on segments that hold close ties with the electronics arm. (Yonhap)