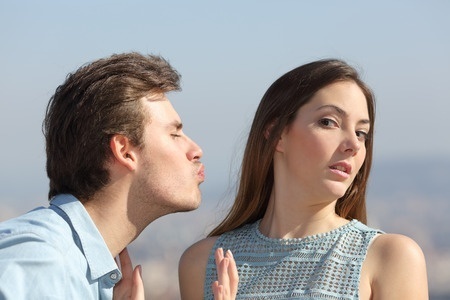 Birds are chirping and flowers are beginning to bloom. Cherry blossom season has finally arrived in Korea, marking the start of spring. As lovely as these cherry blossoms are, it is a bittersweet season for some singles who feel pressured by the many couples that can be spotted enjoying the flowers together.

Many Koreans, especially college students in their 20s, believe that being alone is something to be ashamed of. In spring, their anxiety about being single grows.

For Park, 21, a college student in Seoul, spring is just another reminder of his loneliness. On March 31, he anonymously posted a message on Facebook saying that he would like to hire a “fake girlfriend” for one day so he could go look at the cherry blossoms with someone.

The required activities, he said, would include taking a photo while looking at the flowers and having dinner together. Another condition, he added, was to hold hands so that they would give the impression that they are in a relationship. Around 20 women responded to Park’s message, and he picked one of them to attend the cherry blossom festival in Yeouido with him.

Park is not the only individual who would pay for someone’s companionship.

Another female college student, Kim, 25, also said on social media that she would pay the minimum wage of 6,030 won per hour for someone to act as her boyfriend for one day and look at cherry blossoms with her.

She said in her post that she is too busy to have a boyfriend as she has to work on her college assignments while looking for jobs.

Other similar cases can easily be found on social networks.

Experts say this new phenomena is becoming common among the young as they are increasingly unaccustomed to making new friends and getting into romantic relationships.

Lee Na-young, professor at the Department of Sociology at Chungang University said that children these days depend too much on their parents. When they become college students, they are often afraid to meet new people. There is also the widespread belief that one has to have money in order to be in a relationship.