Kakao Corp., the operator of the nation’s top mobile messenger KakaoTalk, and Celltrion, a leading biosimilar developer, have been added to the Fair Trade Commission’s 2016 conglomerate watch list with four other newcomers, the watchdog said Sunday.

The total number of companies in the latest update has reached 65.

“It is the first time venture firm-turned conglomerates have been included on the list,’’ an FTC official said. 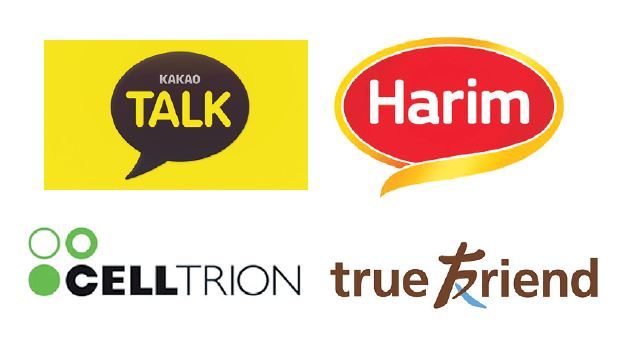 Under the nation’s fair trade law, the FTC announces the watch list every year, aimed at curbing excessive business expansion and debts by big business groups with 5 trillion ($4.37 billion) and more in assets by limiting cross-shareholdings and loan guarantees among their affiliates.

Kakao, one of the two venture-turned-conglomerates, faces tougher fair trade regulations as its assets surpassed the 5 trillion-won level following a takeover of a music streaming and download service provider, Melon, for 1.87 trillion won in January, the watchdog said.

The company tried to clear concerns over the impact of its status change on its business, saying, “There will be no immediate impact on Kakao, despite the new regulations on cross-shareholding in the company. We plan to focus on our businesses without any changes.”

Market watchers, however, have raised concerns that the FTC ruling will have an impact on Kakao’s planned online bank. When a company is included in the FTC watch list, it cannot exercise its voting rights on its financial arms.

The government has been pushing to change regulations in order for non-banking holding entities to own and manage banks, but the bills are in limbo at the parliament.

Investors of Celltrion also raised concern over the tighter ruling on loan guarantees. “The debt ratio of bio companies, which make massive initial investments for R&D activities, tends to be higher than other businesses,” a company official said.

This is why the big business associations like the Federation of Korean Industries have called for the government to ease rules for inclusion in the FTC watch list, saying they are outdated to reflect the industry trends.

Besides the new entries, the latest FTC data showed business updates of existing big corporate names in size and ranks.

The average debt ratio of the 65 conglomerates stood at 98.2 percent, down 2.9 percentage points from a year ago, with the Korea Railroad Corp.’s ratio falling the most.

As to changes in the corporate ranking by assets (except public companies), Hanhwa Group jumped to the eighth, up from 12th last year.