“I’ve collected contemporary Korean artwork that I like for the past few years for investment purposes, witnessing their growing popularity in the Hong Kong art market,” he said. “As the Korean art boom continues, I can gain high premiums when I resell those artworks at auctions later.”

Unlike previous spikes in demand for Korean paintings, the current Korean art market boom is driven by international interest, an industry expert said.

“International collectors were a driving force of record-high sales at major Korean art auction houses last year, which is a good indicator of the globalization of the Korean arts,” said So Jin-su, a professor at Kangnam University, who leads the Art Market Research Institute. 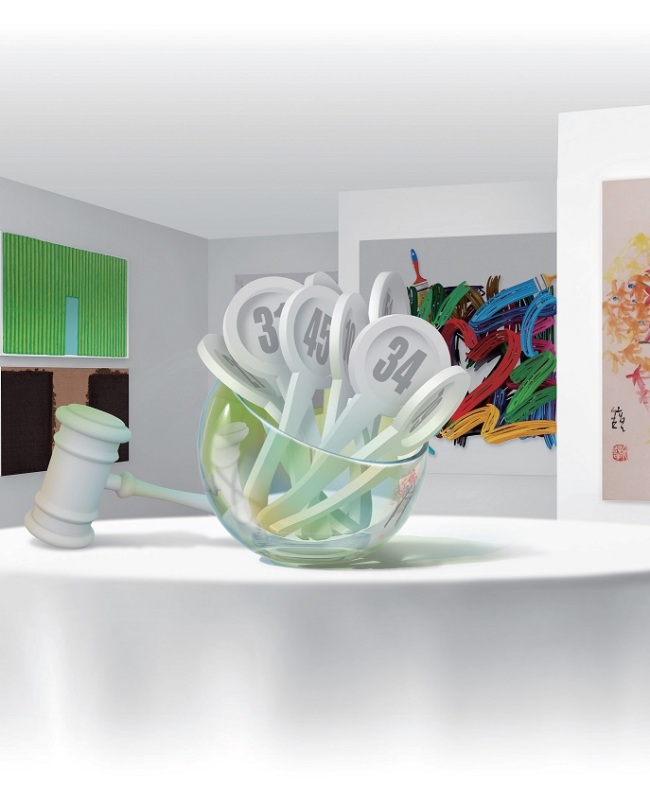 According to Seoul Auction, the biggest art auction house here, foreign sales accounted for some 60 percent of its total sales in 2015.

One of the factors behind the recent popularity of Korean art is “Dansaekhwa,” or “monochrome painting.”

The abstract trend, which first emerged in the 1970s, exemplifies postwar Korean modernism.

Paintings by top-tier Dansaekhwa artists such as Kim Whan-ki and Lee U-fan were sold at record-high prices in Hong Kong last year.

The premium prices paid for Korean monochrome paintings, however, raised concerns about the polarization of art sales and its negative impact on the art scene.

“I don’t agree with those concerns as the Korean art market is still in an infant stage. The current Dansaekhwa boom creates more benefits for the growth of each player in the market, helping them accumulate experiences,” the professor said.

In addition, the rising prices of Korean artwork have driven the growth of art auction houses, moving the central force of the Korean art market from the primary market led by galleries to the secondary market.

“The company is expected to set another record in sales this year as it will host four Hong Kong sales throughout the year, up from three times last year,” said Baek Joon-hee, an analyst of NH Investments and Securities.

According to Baek, the macroeconomic environment is also positive for the art market, as the Ministry of Culture, Sports and Tourism has set a road map to double the art market size to 630 billion won by 2018. The ministry has to promote growth of the market by 20 percent each year to achieve its target.

“The Korean art market boom is not a fad considering the development stage of the Korean economy whose gross domestic production per capita nears $30,000,” the professor said.

He added, “Individuals in developed economies tend to spend more money on cultural items to fulfill their appetite.”