By Sohn Ji-young
Published : Mar 28, 2016 - 13:57       Updated : Aug 21, 2016 - 17:58
South Korean biosimilar developer Celltrion said Monday it is close to striking deals with multiple partners in Europe to lead the local marketing and sales of two new biosimilar drugs, ahead of their expected sales approval in the region later this year.

The announcement is aimed at “alleviating uncertainties” over the sales prospects of Celltrion’s biosimilar copies of blockbuster biologic treatments Rituxan (rituximab) and Herceptin (trastuzumab), the firm told The Korea Herald. 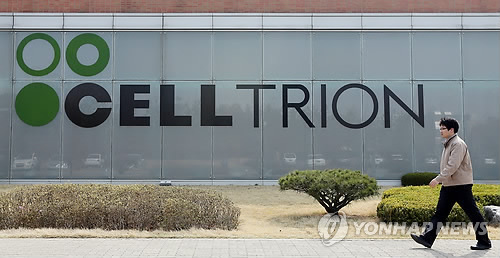 Truxima, Celltrion's Rituxan biosimilar, is awaiting approval by the European Medicines Agency while Herzuma, its Herceptin biosimilar, is in the final stages of phase-III clinical trials and preparing for EMA approval procedures.

Though unable to reveal details at this point, Celltrion is “in the process of striking new licensing partnerships in each European country, with several companies showing interest,” a high-ranking company official said.

The drug maker is "looking to partner with a different company in each country, rather than passing on the drug’s licensing rights to a single company, with aims to spur competition between the different sellers."

Celltrion also said that the new partnerships are being negotiated under better conditions than those formerly struck with Pfizer. These will be finalized before the two drugs are approved by the EMA.

Meanwhile, Songdo-based Celltrion already sells Remsima -- its biosimilar copy of the world’s No. 3 arthritis treatment Remicade -- in 60 countries in Europe.

Remsima is expected to enter the U.S. as early as this year, upon approval by the Food and Drug Administration, which is expected in early April.

Biosimilars refer to lower-cost copies of brand-name biologic drugs which have lost patent protection. Over the past few years, Global pharma giants including Novartis, Pfizer, and Amgen as well as local players Celltrion and Samsung Bioepis have jumped into the nascent but lucrative biosimilars market.