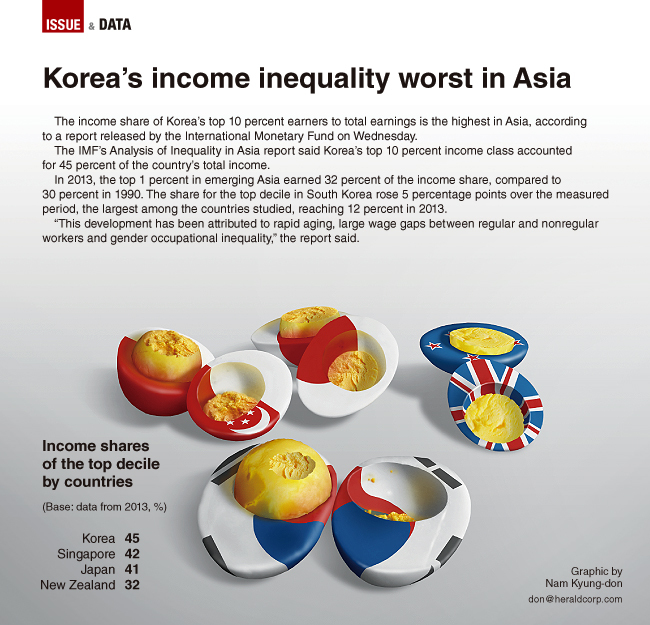 The income share of Korea’s top 10 percent earners to total earnings is the highest in Asia, according to a report released by the International Monetary Fund on Wednesday.

In 2013, the top 1 percent in emerging Asia earned 32 percent of the income share, compared to 30 percent in 1990. The share for the top decile in South Korea rose 5 percentage points over the measured period, the largest among the countries studied, reaching 12 percent in 2013.

“This development has been attributed to rapid aging, large wage gaps for regular and nonregular workers and gender occupational inequality,” the report said.