The nation’s stock exchange operator said Friday it has launched a probe into suspicions that shares of Doosan Group and its affiliates were unfairly traded on the day the conglomerate announced a leadership succession plan.

Doosan Group chairman Park Yong-maan said he would hand over his top position to his nephew Park Jeong-won at around 2:40 p.m. on Wednesday. But the share prices of the group and its affiliates started to surge earlier in the day -- even hours before the announcement was made -- raising speculations that they were traded possiby based on insider information. 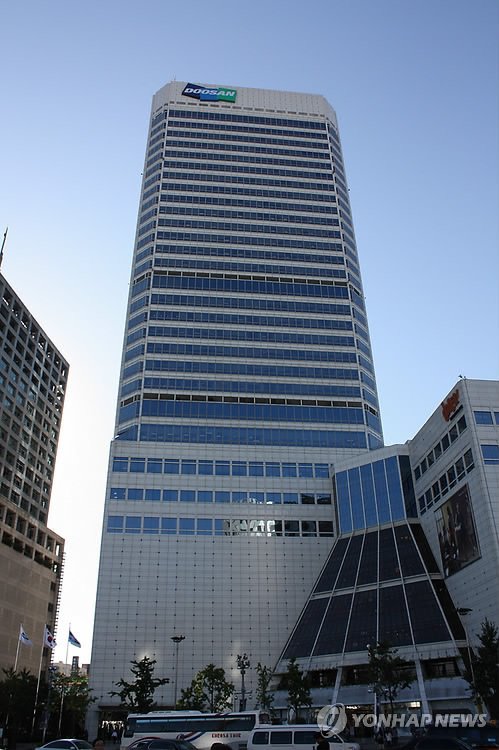 On late Wednesday morning, Doosan shares rose more than 2 percent and finished at 5,900 won, a 7.82 percent increase from a day before. The stock trading market closes at 3 p.m.

“The point is that the prices and the trade volume sharply grew hours before the official announcement was made,” said an official at the Korea Exchange. The stock exchange operator “will look into the matter thoroughly.”

If the bourse operator finds any sign or indication of possible unfair trading practices, the case will be sent to the Financial Services Commission for further investigation.

Doosan Group, however, played down the speculation, saying that the share prices may have risen on a Doosan affiliate’s separate decision to sell its machine tool business to a local private equity fund to secure cash.