Charlotte Bronte cast as a fighter 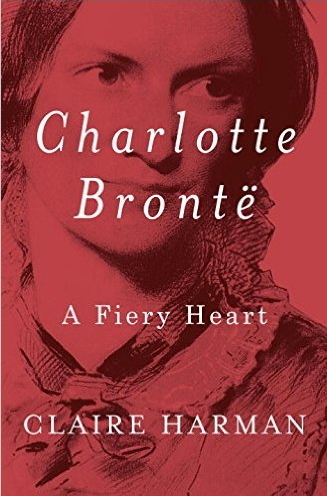 Two hundred years after her birth, Charlotte Bronte's rage over social expectations for women and thwarted ambitions are as relevant as ever, and a new biography by Claire Harman makes the "Jane Eyre" author fresh and relatable to readers who might only think of the Brontes as figures long buried in tragic myth.

Bronte and her sisters Emily and Anne published their poems and novels -- including "Wuthering Heights" and "The Tenant of Wildfell Hall" -- under pseudonyms in mid-19th century England. The works written from the perspectives of orphaned children and overlooked governesses detailing unrequited love, financial hardships and the tedium of life for "proper" women caused a sensation that only the confirmation of their true identities could overshadow.

The daughters of an obscure parson, living over a graveyard, they seemed stalked by death. Their mother and two older sisters died while they were young children, and they suffered from ill health all their lives, until only Charlotte Bronte remained to bear the burdens of their fame.

In "Charlotte Bronte: A Fiery Heart," Harman argues that Bronte was shaped as a writer by the tension she navigated between her father’s parental neglect and her imaginary games with her siblings. Harman spends less time in this imaginary world than Bronte's previous biographers and critics -- not dismissing its importance to the creative development of Bronte and her sisters, but giving equal weight to the real world around them.

In Harman’s analysis, the Bronte sisters were living the stories they eventually published, through observations they made while working away from home and fearless emotional explorations. In Charlotte's case, these explorations were made both in the letters she sent and in the fictions she wrote in response to the replies she did not receive.

Re-examining the symptoms of Bronte’s death, Harman also casts new light on the end of her short life. Harman's Bronte is a fighter, with so much still to say. (AP)