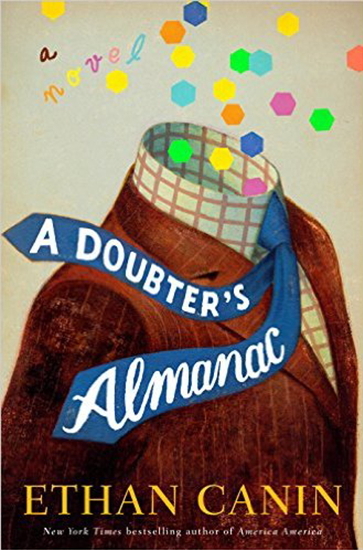 Ethan Canin’s new multigenerational family saga is about the agony of the select few wired to master what seems indecipherable to mere mortals. Here math represents, among other things, a state of existential torment worthy of Sisyphus, who watched helplessly as his boulder kept falling back down the hill.

“There’s no proof in mathematics that can’t be broken down into steps basic enough for a child of reasoning age to follow. The trick is accumulating the steps, each one so trivial that it can be comprehended by the crippled thing we call the mind.” That’s Hans Andret, son of the antisocial, alcoholic genius Milo Andret, who was kind enough to pass down the good, the bad and the ugly facets of his beautiful mind, from cognitive brilliance to devilish addiction.

Milo Andret is a rogue and a horrible husband and father, but Canin takes the time and care to make him a man in full, demons and all.

The first half of “A Doubter’s Almanac” tracks Milo’s belligerent rise and the beginning of his fall, complete with womanizing, boozing, raging at Ivy League pretension and enough generally bad behavior to render his accomplishments moot in the eyes of his bosses. Hans takes over narration duties in the second half, which privileges the perspective of Milo’s extremely forgiving wife, Helena.

Milo’s swirl to the bottom of the drain is a long way down. But Canin never loses sight of redemption’s possibility, and the fact that it lies within reach of everyone. (TNS)