By 원호정
Published : Feb 5, 2016 - 17:27       Updated : Feb 5, 2016 - 17:29
After spending countless hours in the kitchen or in front of the TV, most families want to spend a day outside having fun together. The most accessible source of entertainment is the movie theater, where you can catch a film that everyone in the family can enjoy. The Korea Herald offers a short guide to the best movies for a family outing.

Commanding nearly 70 percent of ticket bookings as of Thursday, Lee Il-hyung’s crime comedy “A Violent Prosecutor” looks set to be the top film during this holiday period. 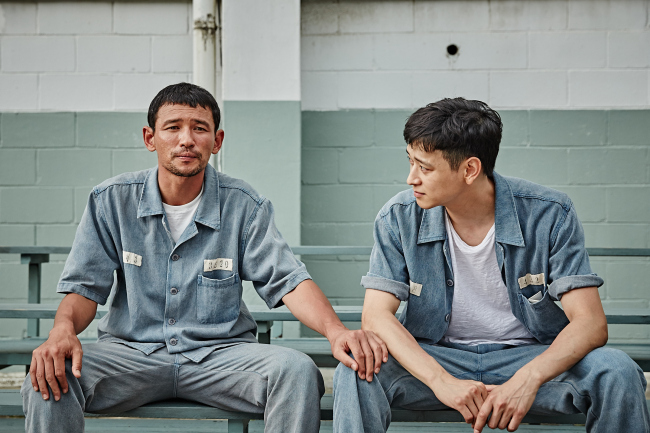 Lead actor Hwang Jung-min has already proven his ability to bring some levity into crime dramas in last year’s “Veteran.” “A Violent Prosecutor” promises more of the same. With trusted actor Hwang and heartthrob Gang Dong-won playing the lead roles, this is a film for all generations to enjoy.

For families with small children, two big animated films will be on the big screen: “Kung Fu Panda 3,” the third installment of the global hit series from DreamWorks, and “Alvin and the Chipmunks: The Road Chip.”

These two films offer wholesome family entertainment. “Kung Fu Panda 3” brings together cute characters under the theme of long-lost family. “Alvin and the Chipmunks: The Road Chip” revolves around brothers looking out for their father.

Seollal is a holiday for looking back on the past year, paying respect to family and being thankful and hopeful -- making it the perfect time to catch a touching drama film. “A Melody to Remember” and “SORI: Voice from the Heart,” both of which opened in late January. They are good choices for families who want feel-good films. 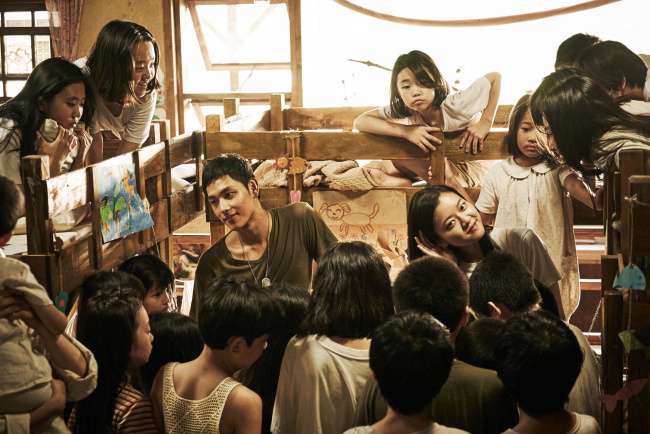 "A Melody to Remember" (KOFIC)
“A Melody to Remember” features “Misaeng” star Im Si-wan as a soldier who puts together a children’s choir to bring some heart to war-torn Korea. “SORI: Voice from the Heart” is a story about a man who has spent a decade desperately searching for his lost daughter. He receives unexpected help from a strange robot.

Theater chain CGV is also offering special screenings of classic films this weekend. A total of 11 classic films will be screened after 10 p.m. from March 6 to 9 at 30 CGV theaters nationwide, at a special price of 8,000 won per ticket.

The lineup includes “Leon,” “A Better Tomorrow,” “Once Upon a Time in America,” “The Big Blue,” “Ben Hur,” “The Shawshank Redemption,” “Breakfast at Tiffany’s,” “Amadeus,” “Cinema Paradiso,” “The Pianist” and “Poppoya.”

Selected based on their popularity among moviegoers, the films offer a variety of choices for those heading to the movies late at night with family, on dates, with friends, or for some quiet time alone.