“We will launch the hybrid electric vehicle version of Niro this year, followed by a plug-in hybrid version next year. Beginning with Korea, the model will be sold in Europe, China and North America and we expect to sell 65,000 units a year worldwide,” said Han Chun-soo, executive vice president of finance and accounting at Kia, during the company’s investor’s relations meeting. 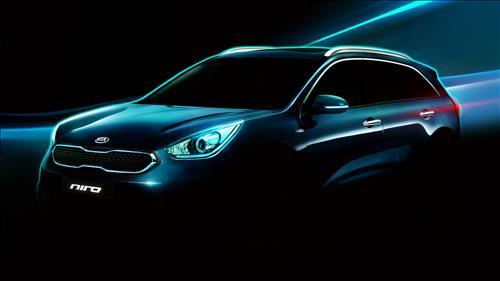 “Niro will have the highest fuel efficiency among sport utility vehicles in Korea, and is expected to outperform many global competitors. Price-wise and design-wise, it will be a good offer for people seeking a great compact SUV,” he added.

Korea’s second-largest carmaker is also planning to aggressively invest in research and development to cope with the stringent environmental regulations.

“The company will introduce 11 of the so-called green cars by 2020, becoming the world’s second-largest manufacturer of eco-friendly cars (next to Toyota),” Han added.

Korea’s second-largest carmaker set its global sales target at 3.12 million units for 2016, based on the increase in production capacity with a Mexico plant set to open later this year alongside a continued demand for recreational vehicles including SUVs and mini vans. The carmaker is also scheduled to launch the fully revamped large SUV Mohave and compact car Morning.

Kia on Wednesday reported an on-year decline of 8.5 percent in its operating profit for 2015, although it posted record-high sales of 40.5 trillion won ($39 billion).

The company sold 2,915,000 cars worldwide last year, however, the soaring marketing fees and fluctuating currency exchange rate dented its profits. The automaker reported an operating profit of 2.34 trillion won, and some 12.1 percent fall in net profit to 2.63 trillion won.

“We have suffered 4.6 percent sales decline in China due to the decrease in demand and severe competition,” said Yang Gun-suk, general manager at Kia’s investor relations team.