At the Corea Image Communications Institute’s annual award ceremony last week, which honored individuals who have popularized Korean culture worldwide, over 60 foreign ambassadors and diplomats engaged in an evening of cultural diplomacy.

CICI president and Hankuk University of Foreign Studies professor Choi Jung-wha, in her opening speech, attributed the success of hallyu, or Korean Wave, to “thousands of years of condensed artistry that has ruptured onto the modern world stage.”

“It didn’t happen overnight,” she stressed, in front of some 600 guests ― envoys, politicians, actors and actresses, musicians, scholars and businesspeople ― at the Intercontinental Seoul Coex on Tuesday. 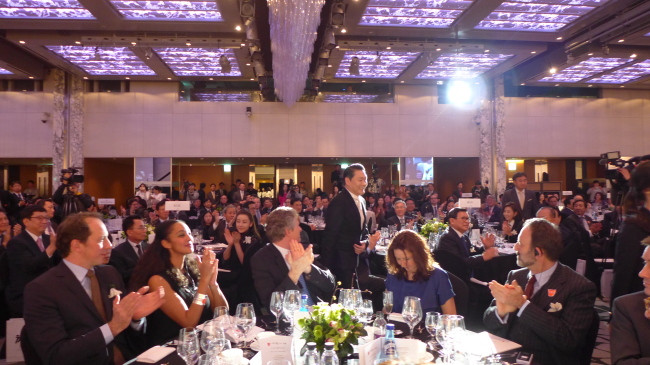 Psy argued that hallyu’s strength is its “attentiveness and boldness,” adding that he would use traditional Korean musical instruments in future repertoires.

French Ambassador Fabien Penone told The Korea Herald that K-pop, TV dramas and video games were increasingly becoming “trendy” in France, particularly among young people. There is a sharp increase in demand for Korean language education, reciprocated by more and more French students coming to Korea to study.

“France and Korea have many cultural commonalities across traditional and modern areas. We are lovers of great food, fine arts, exhibitions and shows,” Penone claimed.

“Korea is diversifying its creativity and projecting its soft power onto the world. You are more than an economic powerhouse, a cultural tour de force.”

Highlighting this year’s 130th anniversary of diplomatic relations between France and Korea, the envoy said the embassy would host over 100 events from March to December, showcasing French gastronomy, music, theatre, ballet, animation and digital technology.

“The situation in Korea is interesting because your cultural products are mostly from the private sector, yet they are also actively supported by the government,” he said. “The Korean government makes great efforts to conceptualize the country’s soft power, much like France that employs culture as a useful diplomatic tool.”

Acknowledging that extensive state intervention in cultural production could distort artistic essence, the ambassador underlined that “a balanced approach” should be taken to harmonize public interests and the freedom of expression. 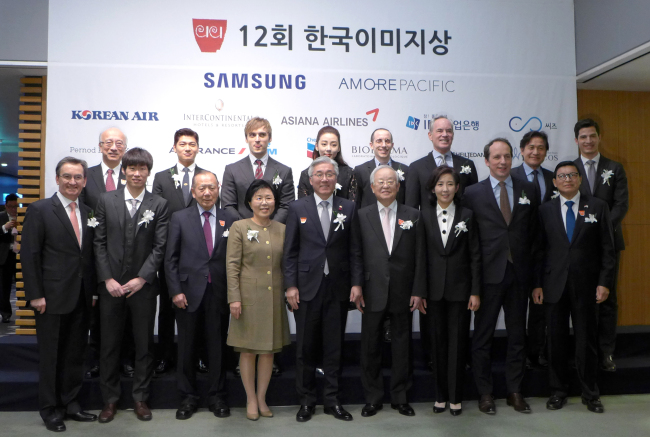 Martin Fryer, director of the British Council Korea, shared his view that the Korean culture’s soaring success of late originated from its “high standard of professionalism in practice and performance.”

“The success may come from your tradition of excellence in ceramics, architecture and calligraphy, honed from masters to apprentices,” he said. “Then, it’s backed up by strong and smart marketing and world-class export strategy.”

Foreigners are fascinated by the role Korea has played in bridging the cultures of China and Japan, Fryer explained, indicating that the country has found “a strong and unique voice” through K-pop, TV dramas and cinema.

Noting that both Britain and Korea have thriving cultural industries, he said harnessing the creative arts requires strategic government backing and a healthy education system, from which the industry could siphon off raw and rare talents.

Fryer also touched on the recent passing of British pop legend David Bowie: “Much like Psy, who has dazzled the world with his funky songs, Bowie was a true artist who continuously reinvented himself throughout his career. He strove to create new ideas, new images and new styles. We are mourning the loss of a giant who was loved across generations.” 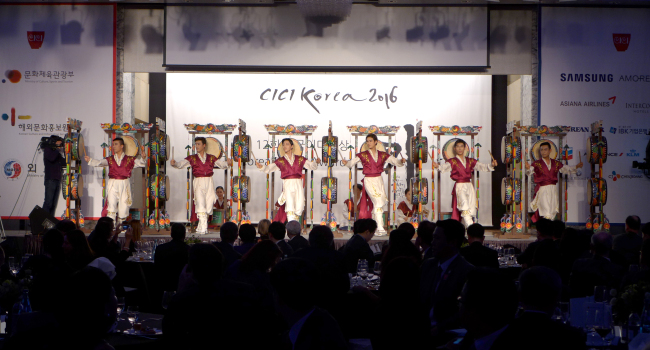 Irish Ambassador Aingeal O’Donoghue said that Korean cuisine and K-pop are becoming more visible in Ireland, while the classical music and traditional literature could be recognized more.

“Both Ireland and Korea place huge emphasis on literature,” she said, mentioning the respected Irish poet William Butler Yeats (1865-1939), whose work is being progressively celebrated in Korea. “We are also fun-loving people, who like to go out in large groups in the evening, singing songs, having a drink and enjoying what life has to offer.”

Malaysian Ambassador Rohana Ramli indicated that Korean pop music and pop culture have become fashionable in Malaysia, pointing out that Koreans are known as “hardworking, disciplined and dedicated at work, and respectful toward elders.”

“Korean dramas, both historical and modern, are enjoyed in Malaysia through paid channels such as KBS, and celebrities like Big Bang, Suzy from drama ‘Dream High’ (2011) and rock band CNBLUE are beloved,” she said.

Indonesia Ambassador John Prasetio said that his country was one of the world’s three top markets for K-pop and Korean dramas, which he claimed were favored by youngsters and “Indonesian ajumma (married women).”

Prasetio, who is “close friends” with Korean trot singer Tae Jin-ah, 63, highlighted that veteran performer’s son, singer Eru, had become a sensation in Indonesia and across Southeast Asia. Both Tae Jin-ah and Eru have performed at the embassy on different occasions, in front of “grooving” Indonesian audiences, the ambassador noted.