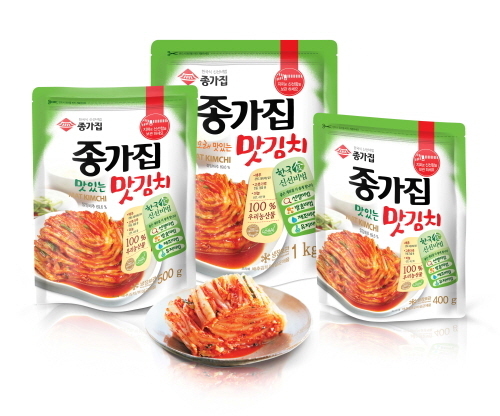 The first 890-kilogram batch of “Jongga” kimchi, a kimchi brand of Daesang FNF, left Korean waters on Dec. 6 and passed the Chinese customs on Dec. 18, according to the Ministry of Agriculture, Food and Rural Affairs.

In 2010, China strengthened inspection requirements for the food, ministry and the authorities refused to classify kimchi as fermented food -- with the requirement that 100 grams of imported kimchi should have less than 30 colon bacteria.

In addition to Daesang FNF, other Korean kimchi-makers are gearing to kick off exports as early as January, the Agriculture Ministry said.