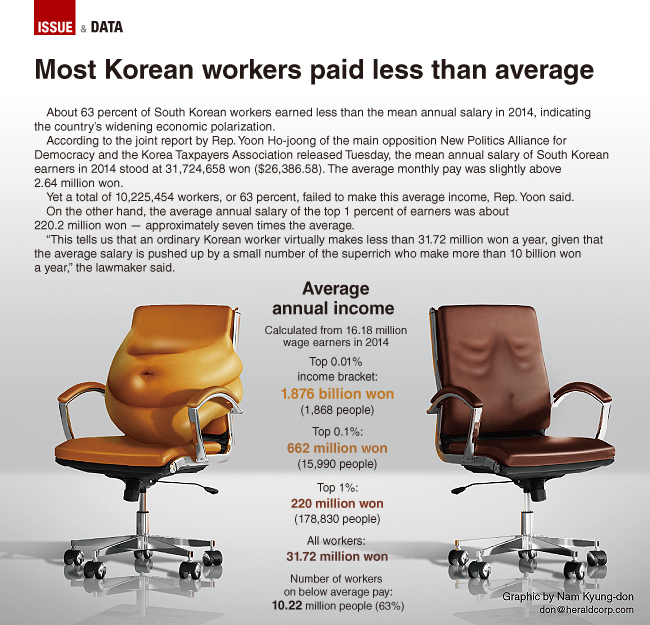 According to the joint report by Rep. Yoon Ho-joong of the main opposition New Politics Alliance for Democracy and the Korea Taxpayers Association released Tuesday, the average annual salary of South Korean earners in 2014 stood at 31,724,658 won ($26,386.58). The average monthly pay was slightly above 2.64 million won.

Yet a total of 10,225,454 salary workers, or 63 percent of the country’s wage earners, failed to make this average income, Rep. Yoon said.

On the other hand, the average annual salary of the top 1 percent bracket was about 220.2 million won -- approximately seven times the average.

“This tells us that an ordinary Korean worker virtually makes less than 31.72 million won a year, given that the average salary is pushed up by a small number of the superrich who make more than 10 billion won a year,” the lawmaker said.