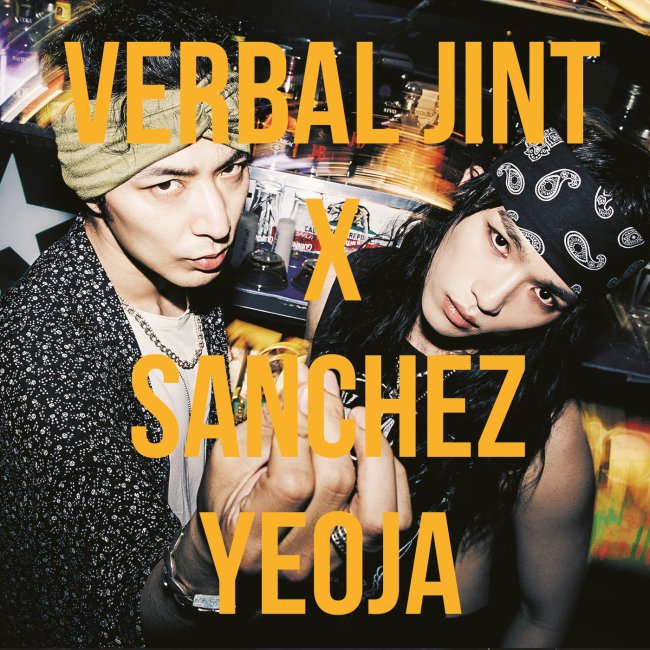 The lead track “Favorite!” is a new version of the 2007 track Verbal Jint released with Dynamic Duo, which turned the hip-hop track into a pop track with Sanchez’s vocal style reminiscent of Michael Jackson’s. “My Type 2.5” is also a (second) spin on the song “My Type,” produced by Verbal Jint for rappers Cheetah and Jessi on the TV program “Unpretty Rapstar.”

There’s no overarching mood on “Yeoja.” The two artists are easygoing on “Good Times,” wistful on “Spot the Difference (ft. Stella Jang,)” hot and heavy on “Doin’ It (ft. Bumkey)” and “Body 2 Body (ft. LE of EXID), and sweet on “Good Night.” Verbal Jint’s experience as a producer comes out in his choice of featured artists, who are perfectly matched to each song.

Although the album is credited jointly to Verbal Jint and Sanchez, it’s clear that the album was made by and for Verbal Jint. Sanchez does his part fine, but the album plays like a showcase of the musical and lyrical range that Verbal Jint has never performed in his own voice, but only written for others.