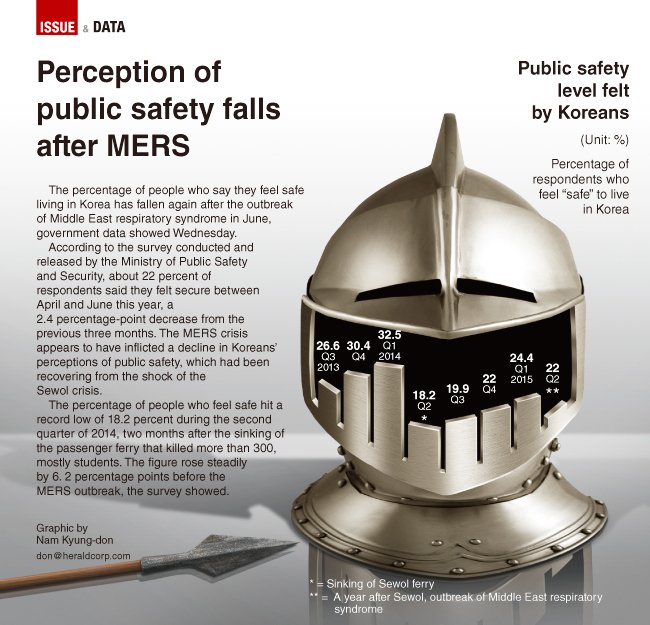 The percentage of people who say they feel safe living in Korea has fallen again after the outbreak of Middle East respiratory syndrome in June, government data showed Wednesday.

According to the survey conducted and released by the Ministry of Public Safety and Security, about 22 percent of respondents said they felt secure between April and June this year, a 2.4 percentage-point decrease from the previous three months. The MERS crisis appears to have inflicted a decline in Koreans’ perceptions of public safety, which had been recovering from the shock of the Sewol crisis.

The percentage of people who feel safe hit a record low of 18.2 percent during the second quarter of 2014, two months after the sinking of the passenger ferry that killed more than 300, mostly students. The figure rose steadily by 6. 2 percentage points before the MERS outbreak, the survey showed.