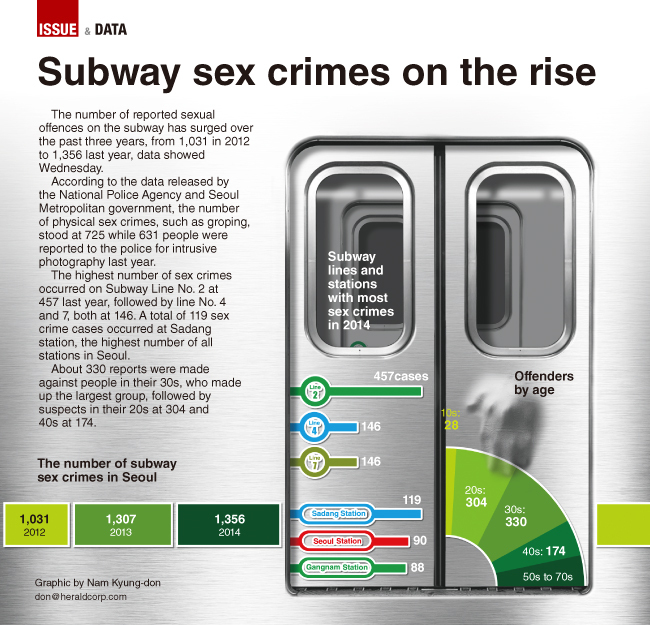 The number of reported sexual offenses on the subway has surged over the past three years, from 1,031 in 2012 to 1,356 last year, data showed Wednesday.

According to the data released by the National Police Agency and Seoul Metropolitan government, the number of physical sex crimes, such as groping, stood at 725 while 631 people were reported to the police for intrusive photography last year.