A team of academics and an artisan shoemaker launched a rare project to rekindle the tradition.

The project, launched by the private cultural heritage foundation Yeol with sponsorship of GRI Korea ― importer of Nine West and Steve Madden ― revived 30 pairs of shoes worn by kings and nobility during the Joseon Dynasty (1392-1910). It began with a year of research on traditional shoes by a team of academics of the National University of Cultural Heritage. Based on the research, artisan shoemaker An Hae-pyo, whose family has been devoted to making shoes for four generations, recreated the shoes.

“Although shoes are an inseparable part of our clothing, there has been too little research on traditional Korean shoes,” wrote Kim Young-myoung, chair of Yeol, in the exhibition catalogue.

According to professor Choi Gong-ho, who led the research team, the history of shoes has been largely overshadowed by that of clothes. 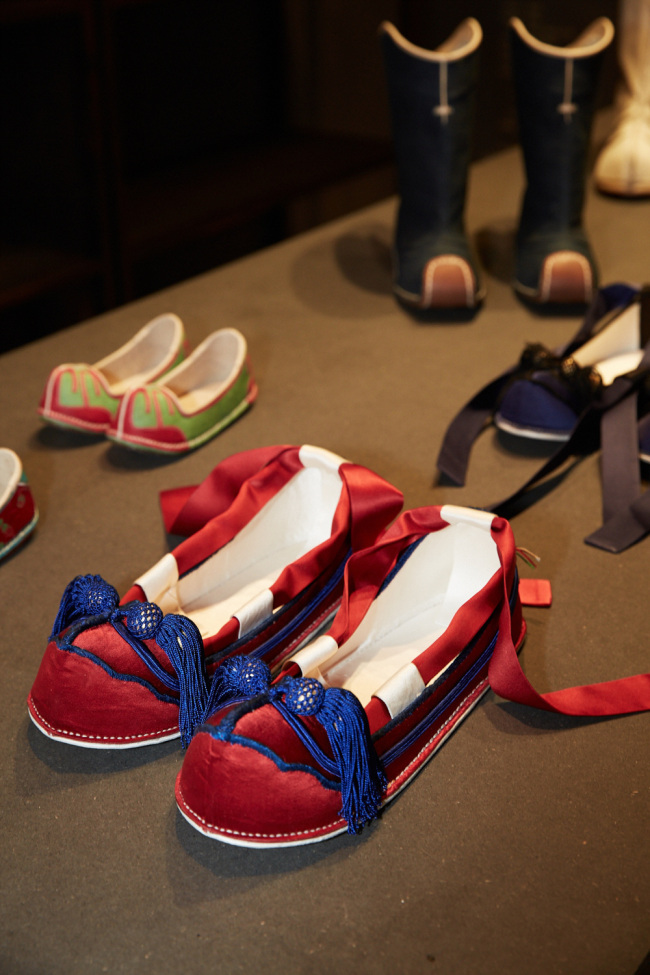 “Compared to hanbok, research on shoes has been minuscule,” said Choi.

The shoes recreated by the shoemaker An and Choi’s research are on view at Yeol gallery in the historic district of Bukchon in Seoul. The collection of shoes is diverse in their usage and designs.

Black mid-high boots, “mokhwa,” were worn by kings and high-ranking officials. An interesting observation was made regarding Mokhwa by American astronomer Percival Lowell, the author of “Chosun, The Land of the Morning Calm.”

His observation read: “During our advance it began to draw upon me why long boots form a part of the court dress, while low shoes are universally worn elsewhere. For in spite of the occasion, I could not be quite oblivious to the character of the ground. The truth was that wherever the paving ceased there was an abundance of mud; and with all due respect to one’s bearing, it was at times advisable to pick one’s way.” 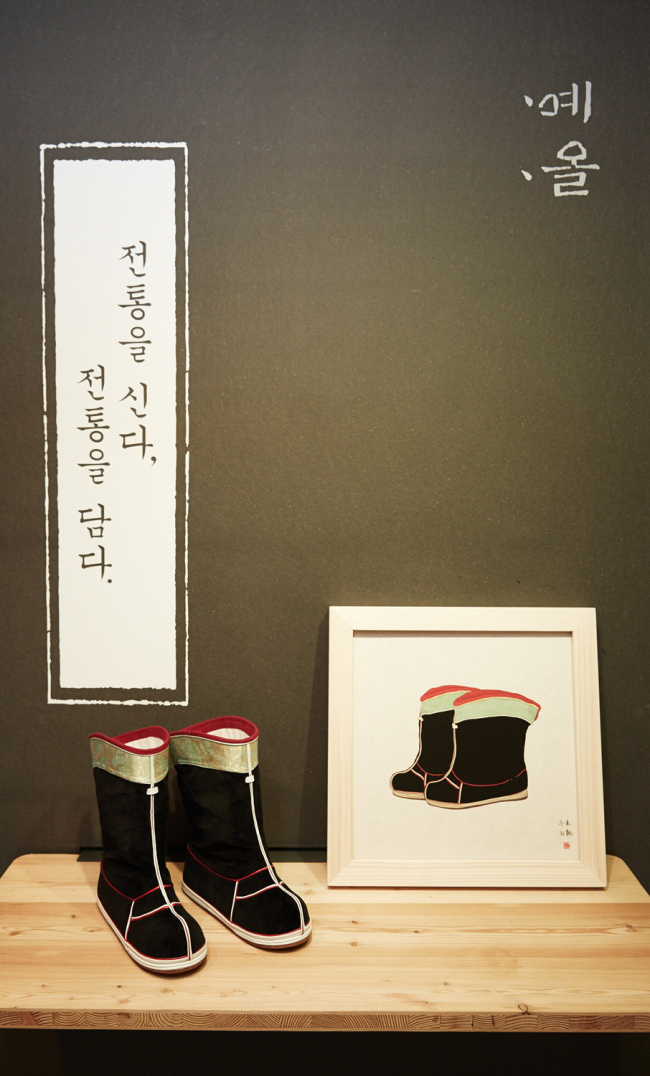 Low shoes, largely categorized as “hye” resembling flat shoes of modern days, were the everyday shoes worn by the high class. The low flat shoes with pointed tips were made in diverse materials such as leather, silk, wool and linen, depending on their usage. Paintings from Joseon depict men and women of higher ranks wearing the low shoes with the pointed tips.

The low “hye” shoes became popular among lower ranks in the 1920s as they began to be made of rubber.

Leather and silk shoes were luxury items in Joseon society. They were included among wedding gifts sent by grooms to brides. In a royal wedding, fur shoes were often traded as wedding gifts along with expensive silk fabrics, clothes, pillows and blankets.

The exhibition displays a pair of oil-infused waterproof leather shoes that were durable enough to be worn on rainy days. Deer leather was used in the making of “nokbihye” white leather shoes and considered of the best quality. The flower shoes, “ggotsin,” presents the beauty and elegance of Korean traditional shoes.