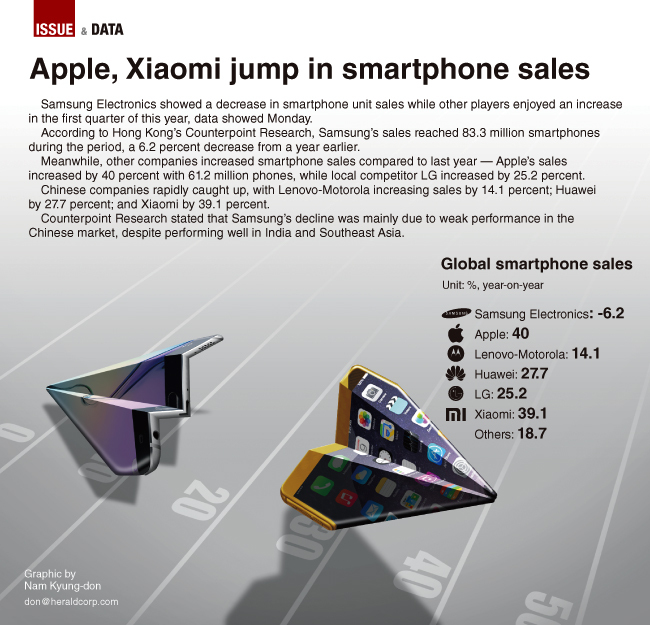 Samsung Electronics showed a decrease in smartphone sales while other players enjoyed an increase in the first quarter of this year, data showed Monday.

According to Hong Kong’s Counterpoint Research, Samsung’s sales reached 83.3 million smartphones during the period, a 6.2 percent decrease from a year earlier.

Chinese companies rapidly caught up, with Lenovo-Motorola increasing sales by 14.1 percent; Huawei by 27.7 percent; and Xiaomi by 39.1 percent.

Counterpoint Research stated that Samsung’s decline was mainly due to a weak performance in the Chinese market, despite performing well in India and Southeast Asia.