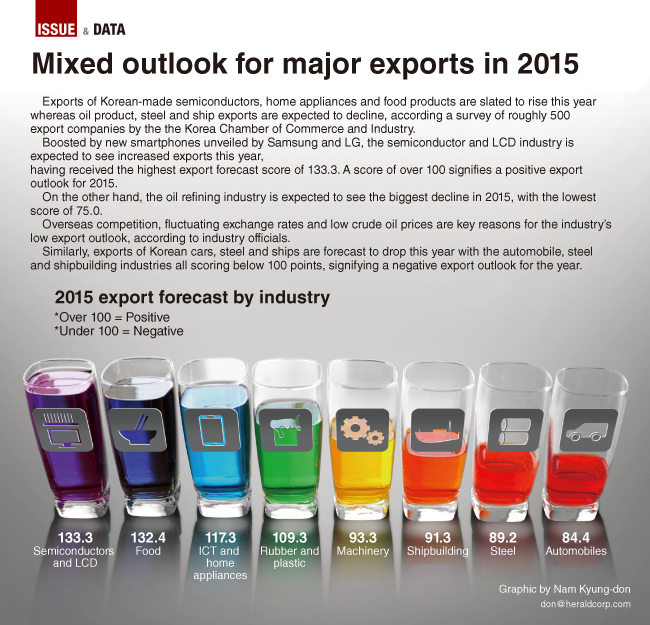 Exports of Korean-made semiconductors, home appliances and food products are slated to rise this year whereas oil product, steel and ship exports are expected to decline, according a survey of about 500 export companies by the Korea Chamber of Commerce and Industry.

Boosted by new smartphones unveiled by Samsung and LG, the semiconductor and LCD industry is expected to see increased exports this year, having received the highest forecast score of 133.3. A score of over 100 signifies a positive export outlook for 2015.

On the other hand, the oil refining industry is expected to see the biggest decline in 2015, with the lowest score of 75.0.

Similarly, exports of Korean cars, steel and ships are forecast to drop this year with the automobile, steel and shipbuilding industries all scoring below 100 points, signifying a negative export outlook for the year.