[Weekender] The joy of coloring

Lee is not alone ― coloring books are no longer just for kids.

“When I was young, I would use my crayons and color until it was broken,” she said. “My favorite was the book of Disney princesses.” 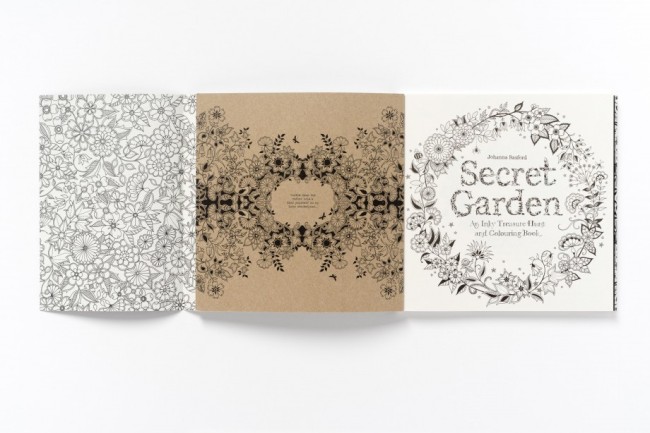 Now, the 33-year-old office worker doesn’t use pink and red to color Cinderella’s dress, nor does she ask her mom to buy her a new book. Instead, she takes out her 30-piece watercolor pencil set after work and gives color to the black and white pages of flora and fauna.

“I never knew I would color again,” she said. “The act of using colored pencils to fill the empty spaces is surprisingly relaxing,” she said. “I like the fact that I can use my own hands to create something so easily.”

While coloring was previously considered child’s play, many adults are now heading to local bookstores ― where whole sections are dedicated to coloring books ― to buy the black and white, intricately designed books, along with colored pencils, pens and crayons.

“Secret Garden” is at the center of the craze, enjoying widespread popularity both in Korea and around the rest of the world. Since its initial release in 2013, Scottish illustrator Johanna Basford’s title has sold more than 1.4 million copies globally.


The book was released in 2014 in Korea and has sold 430,000 copies. It has stayed on the bestseller lists for months. The New York Times even dubbed Basford as “something of a literary celebrity in South Korea.”

Now an array of different coloring books ― on city themes to notable paintings ― have entered the market.

But how did it become the latest fad?

Many people believe that overworked adults are de-stressing from their daily lives by switching off from their highly connected world to indulge in something more retro and slow-paced ― coloring allows them to engage in a happy childhood pastime.

In Korea ― one of the most wired countries in the world ― the fad is a strong reminder that coloring can be timeless and transcend age. It also ties in with an emerging analog trend, where products and services that tap into a sense of nostalgia and takes people back to a simpler and slower pre-digital age.

“I think it is really relaxing, to do something analog, to unplug,” Basford said in a recent interview with the Guardian. “And it’s creative. For many people, a blank sheet is very daunting; with a coloring book you just need to bring the color. Also there’s a bit of nostalgia there.”

Kyobo Book Center, the country’s largest bookstore franchise, sells over 220 different coloring books at its stores, along with coloring pencils and markers.

“The sense of longing for the past, or the ‘analog sensibility,’ is behind the popularity, especially among women here,” said Kim Hyun-jeong, an official from the bookstore. She said that women in their 20-30s accounted for 60 percent of total coloring book sales since last year.

“Coloring books also have a de-stressing factor because when people are focused on coloring, they don’t have to worry about other things,” Kim said. Stress relief through coloring was even widely used in the early 20th century as a relaxation and meditation tool by psychotherapists such as Carl Jung.

Some people also view it as an open canvas to unleash creativity and freedom.

“There are no restrictions when it comes to coloring,” said Roh Kyung-in, a 28-year-old office worker, who colors at least once a week. “Coloring doesn’t require many thoughts either.”

She believes that we live in a society with so many choices, even making small decisions can be difficult.

“But with coloring, you can just choose any colors out of instinct and color it however you like,” Roh said.