[Graphic News] Around 20% of large conglomerate are SNU graduates 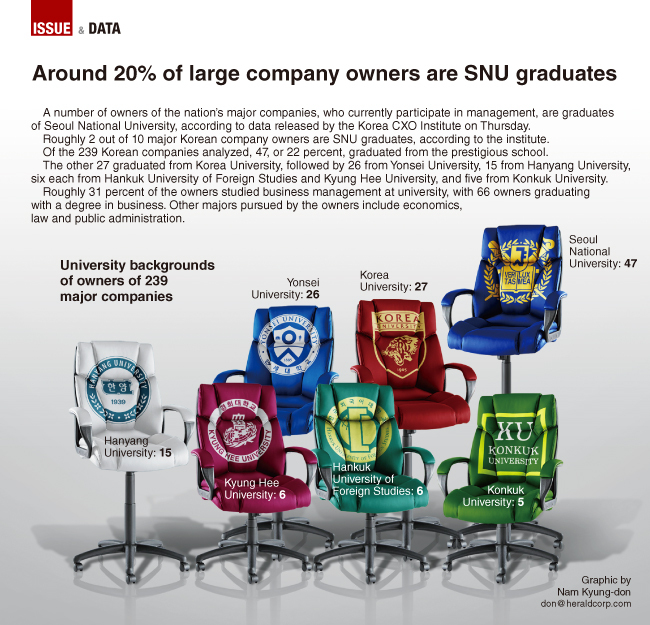 A number of owners of the nation’s major companies, who currently participate in management, are graduates of Seoul National University, according to data released by the Korea CXO Institute on Thursday.

Roughly 2 out of 10 major Korean company owners are SNU graduates, according to the institute.

Of the 239 Korean companies analyzed, 47, or 22 percent, graduated from the prestigious school.

Roughly 31 percent of the owners studied business management at university, with 66 owners graduating with a degree in business. Other majors pursued by the owners include economics, law and public administration.