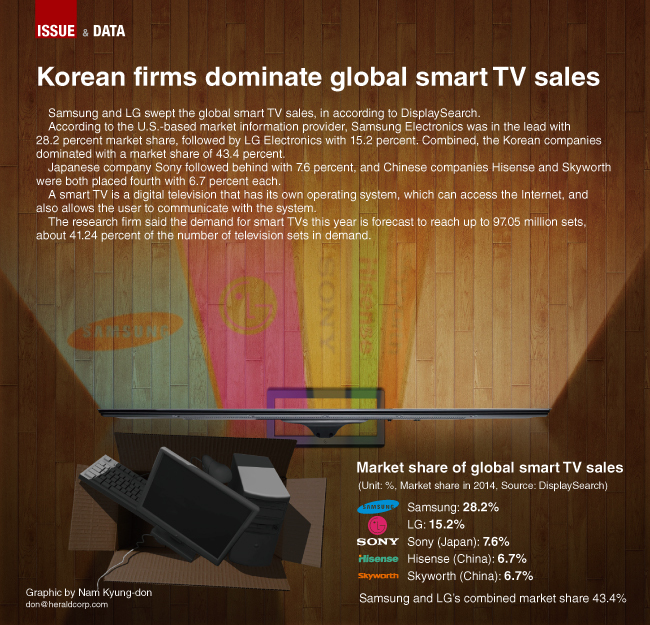 Samsung and LG swept global smart TV sales in 2014, according to DisplaySearch.

The U.S.-based market information provider said Samsung Electronics was in the lead with 28.2 percent market share, followed by LG Electronics with 15.2 percent. Combined, the Korean companies dominated with a market share of 43.4 percent.

Japanese company Sony followed behind with 7.6 percent, and Chinese companies Hisense and Skyworth were both placed fourth with 6.7 percent each.

A smart TV is a digital television that has its own operating system, which can access the Internet, and also allows the user to communicate with the system.

The research firm said the demand for smart TVs this year was forecast to reach up to 97.05 million sets, about 41.24 percent of the number of television sets in demand.