The Seoul Metropolitan Government is considering raising subway and bus fares by between 200 won and 500 won in the first half of this year.

Late last year, the local government paved the way for the increase, as it passed a revised ordinance saying that the public transportation fares could be raised every two years.

Similarly, Gyeonggi Provincial Government has pushed to raise bus fares by between 100 won and 500 won. 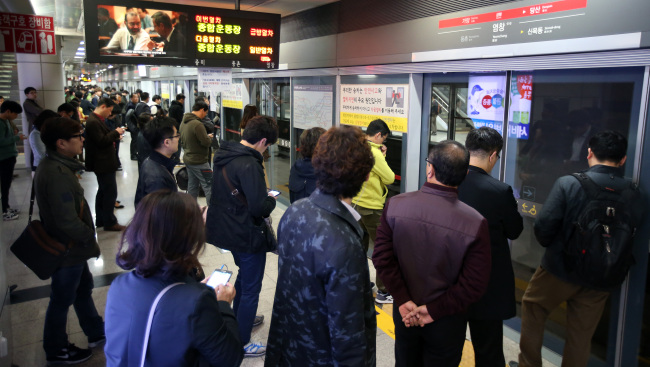 It postponed the decision to next month in response to public outcry. The fare hike proposal is unlikely to be rescinded, experts say, citing that the local government has frozen bus fares for more than three years, despite rising labor and fuel costs.

The prices of gas and liquefied petroleum gas are also expected to rise as oil prices are continuing to increase due to growing instability in the Middle East.

Market analysts said the expected rate hikes for public utilities are feared to add to the financial burdens on low-income households. 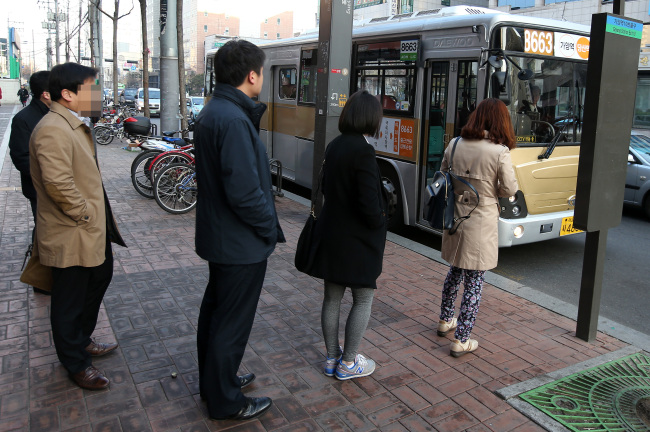 Some local governments are seeking to increase water and sewage charges.

Andong City Government in North Gyeongsang Province is pushing to raise water rates by 34.6 percent and sewage rates by 10 percent, starting in April. The move is part of Andong’s “utility fare normalization” drive, a plan to increase the water and sewage charges to market rates by 2017.

Many local government also vowed to hike public utility fees without revealing the exact date of the fee hikes. Gwangju Metropolitan City, for instance, agreed on a three-year fee hike plan for water charges. Cheongju City, North Chungcheong Province, said it will “gradually” raise sewage costs by an average of 45 percent at a time.