The new plant with an annual production capacity of 300,000 SUVs will be completed by 2017, but the company has yet to decide the plant location, the sources added.

It is the first time that Hyundai Motor has disclosed a concrete plan for the second factory.

Although a Hyundai Motor spokesperson said nothing had been decided, he did not deny the plan. “The company constantly reviews new overseas plant-building projects to raise offshore sales and secure a new growth engine,’’ he said. 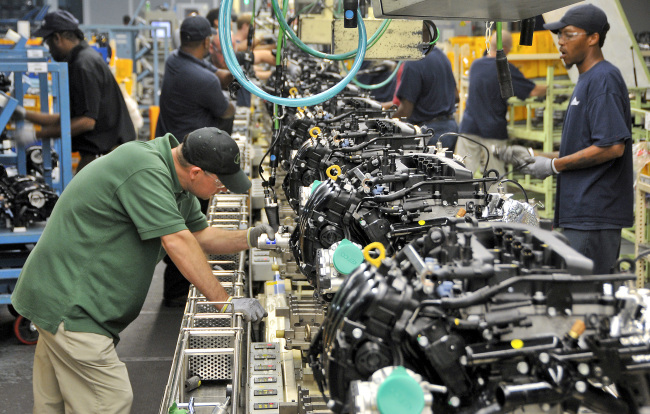 According to the sources, top management of the automaker decided to push for the plan as demand for SUVs in the U.S. is growing, boosted by the economic recovery and falling gasoline prices.

Market data showed that sales of SUVs rose 14.5 percent to 885,000 units in the U.S. market for the first two months of this year, compared to the same period a year ago.

For SUV production, the company has been supported by the U.S. plant of Kia Motors, located in Georgia.

Market analysts said the total car production capacity of Hyundai Motor Group would reach 9.2 million units per year in 2018, when its two automakers go ahead with their overseas expansion plans, including Hyundai’s second U.S. plant project.

Currently, Hyundai Motor is pushing for two plant-building projects in China’s Changzhou and Chongqing, with an annual production capacity of 300,000 units each. Kia is building a car assembly plant in Mexico with a similar production capacity.