By Korea Herald
Published : Feb 4, 2015 - 19:04       Updated : Feb 4, 2015 - 20:39
Japanese enjoy wasabi rice crackers that bring tears to your eyes. In New Zealand, the succulent flavor of roast lamb can be found inside a bag of potato chips. And ketchup-flavored chips are very popular in North America.

Just like food, snacks vary across countries ― from flavor to size, shape and even texture. In a way, a bag of chips says something about cultural differences and ethnic tastes. 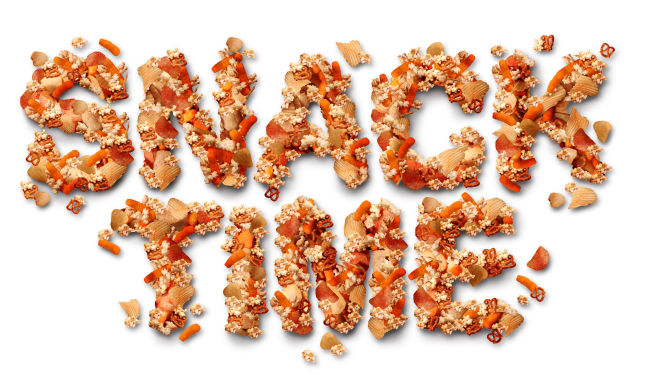 A visit to the packaged snack corner of local supermarkets reveals one noticeable thing about the Korean palate ― the abundance of seafood-flavored snacks. Shrimp, squid, crab or octopus, you name it.

“I think Koreans in general enjoy saltiness, satisfying nutty flavor and sweet flavors in their snacks,” said Hong Gee-taek, a PR representative of Nongshim Co., one of Korea’s leading snack-makers.

The Korean snack market, along with the food industry in general, was developed during the country’s rapid industrialization in the 1970s, and was heavily influenced by Western countries and Japan. Over time, it has evolved to cater to the Korean palate.

While some 30- or 40-year-old snacks are still going strong, a couple of newcomers have entered the market, changing the dynamics of the formerly stagnant store shelves.

Here, The Korea Herald takes a closer look at the snack industry in Korea ― from traditional to premium snacks, and the emergence of strong new players.

Saewookkang, Choco Pie and Pepero are among the earliest and most famous examples of packaged snacks, and in true Korean style they not only reflect, but have also changed, postwar Korean culture.

The snack market is dominated by a small number of big brands who, like the chaebols, established themselves in the decades immediately following the division of Korea. Nearly every snack worth mentioning is made by Orion Group, Nongshim Co., Haitai Confectionery & Foods or Lotte Confectionery.

The Choco Pie was created by Orion in 1974 and is one of Korea’s most iconic packaged snacks. It consists of two round, sponge-cake-like layers separated by marshmallow and coated with chocolate.

Choco Pies are said to be a favorite of many North Koreans who have come to know them through factory workers in the Gaeseong industrial park ― a joint venture of the two Koreas located in North Korea. Some have even joked that the chocolate goodies will prove to be the key to reunification.

Next there is Pepero. Introduced by Lotte in 1983, these snacks are unlikely to solve any long-running conflicts but may win many hearts. The thin sticks of biscuit dipped in chocolate are so much a part of Korean culture that there is a day dedicated to them.

Speculations circulate on how Pepero Day started, but it has come to resemble Valentine’s Day as boxes of the snacks are given to romantic interests.

The day is held on Nov. 11, supposedly because the numerals look like Pepero sticks, but others say the day started from a superstition that eating Pepero will make you tall and thin.

“Tastes don’t change easily,” said Jung Sung-won, a PR representative of the Pepero-maker. “When it comes to food, unlike fashion, it doesn’t always follow the trends.”

He thinks that people tend to crave the snacks they used to eat when they were young, in the same way that people become accustomed to home-cooking. “That is why old snacks are still popular today, and will remain so in the future,” he said.

Finally there is Saewookkang ― shrimp crisps. Developed by Nongshim in 1971 and having sold over 7 billion bags, Saewookkang is easily one of the oldest and most popular snacks in Korea.

The shrimp flavor is reflective of Korea’s geography and unique palate. In fact, outside of Korea, seafood-flavored snacks would be somewhat of an oddity.

The chip-like snack is about 5 cm long and is still made using real shrimp. It has a saltier taste than many Korean snacks, which tend to be sweet.

Its status as “having always been there” is echoed in the fact that it sits like an old friend in a great many Korean bars, consumed absent-mindedly as a free snack while drinking.


Well-being, premium snacks ― the best of both worlds

Around 2003, when the well-being trend gained momentum here, consumers began searching for a healthier, greener lifestyle and products. However, it took a few more years for the new health-conscious trend to hit the market for packaged snacks.

It all started in January 2008, when the Choco Pie-maker Orion introduced a new line of snacks under the brand Dr. You. The name belongs to Dr. You Tae-woo ― a former professor of family medicine at Seoul National University and also a personal physician to the Orion chairman ― who helmed R&D to make snacks that are both healthy and tasty.

The result was an energy bar filled with nuts and fruits, a whole-wheat dark-chocolate cake and cookies made of cheese from Imsil County, where cheese was produced domestically for the first time.

Mothers started to stock up on Dr. You snacks for their children as an alternative to sugar-loaded cookies and salty chips.

Among the products, Market O Real Brownie emerged as a phenomenal hit.

The bite-sized chocolate brownies ― adequately dense and chewy ― were especially loved by Japanese tourists, who rejoiced at the thought of buying brownies in supermarkets for a cheaper price than ones made in bakeries. It became a “must purchase” item in Korea, along with salted dried seaweed and kimchi.

On the streets of the tourist-heavy district of Myeong-dong, people can easily spot Chinese and Japanese tourists with big boxes of processed brownies in their hands to give as gifts back home. Some supermarkets even offer a package that is four times larger than the original box and contains 28 brownies.

The well-being, premium snack fad, however, led to a controversy, with critics questioning just how much healthier the products really are compared to their cheaper counterparts.

They point out that these premium snacks have similar amounts of trans fat, sodium and sugar, while taking issue with their fancier and flashier packaging.

In a market traditionally marked by a low-price, high-volume policies, confectionery giants are still trying to enter the premium market. Lotte last year introduced its premium, healthier line Farm on the Road, after a five-year hiatus in the premium market.

“Nowadays, premium snacks mostly target adults,” added Jung of Lotte Confectionary. “Unlike in the past ― when children were the primary target of the snacks ― adults buy the snacks for themselves.

“Due to the low birth rate, making products that cater to grown-ups has become crucial in the market.”

Nowadays, Koreans are taking snacking to another level.

Certain novelty snacks are trending in bursts, causing fads worthy of fashion brands but unprecedented on the snack scene.

Honey Butter Chips, a new line of potato chips launched by Haitai in August 2014, has led the phenomenon.

In just two months, these chips not only reaped 5 billion won ($4.6 million) in profit at 1,500 won a pop, but also changed the dynamics of the formerly sluggish snack market.

So popular have Honey Butter Chips become, they are sold out at virtually every convenience store and supermarket in Korea, while a few rare bags are being auctioned off online for more than twice their original price.

This craze has inspired a number of copycats including the Sumichip Honey Mustard by competing confectionery giant Nongshim. Existing snacks like Orion’s Pocachip now market themselves as the new “Honey Butter alternative.”

This marketing ploy has spread to other areas as well. One multiplex apartment recently dubbed itself “Honey Butterville” on a flyer to attract tenants while cosmetic brand Missha launched a facemask called Honey Butter Pack.

In some sense, the sensation is fitting in today’s food-centered Korea where word-of-mouth about trendy dining spots spreads faster than ever and waiting lines grow longer by the minute.

Even so, the question has to be asked: Why the fuss?

Above all, Honey Butter Chips claim to be unique in taste. Contrary to the notion that potato chips are salty, these golden crisps are sweet ― but not just sweet; they are sweet, salty and buttery all at once, with a sprinkle of parsley flakes and a hint of something like onion or garlic.

But taste aside, it seems social networking services are what really blasted the chips into stardom.

According to a report titled “Changing trends in SNS” by Hana Daetoo Securities, an increasing number of consumers today make purchases because of the satisfaction they get from drawing others’ attention.

Indeed, Facebook, Twitter and Instagram are currently filled with photos of people boasting about their Honey Butter Chip purchases. Those who manage to lay their hands on these gems ― perhaps by some stroke of luck or personal connection to a convenience-store employee ― make sure to post a proud “proof shot” on their timeline and let followers salivate with envy.

Will this new foodie SNS environment, coupled with showy consumption habits, give rise to more food fads in the future? That remains to be seen.